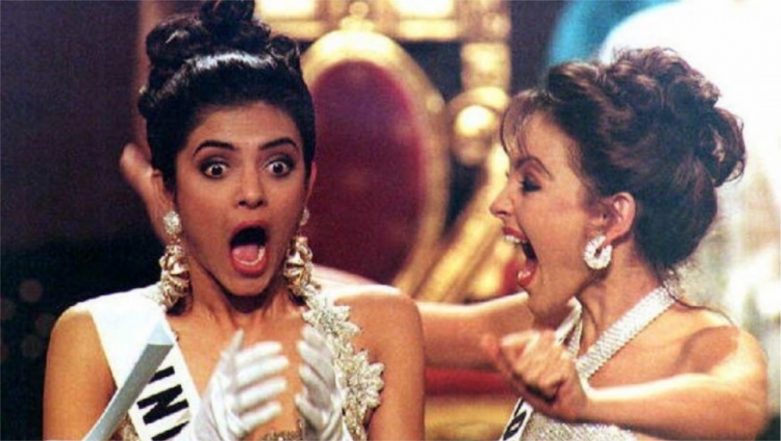 Sushmita Sen is still known for her achievement of being the first Miss Universe from India, in 1994. But do you know that it has been twenty-five years since that happened? The Bollywood actress recently shared the memories of this feat of hers, especially when her fans reminded her of that. The stunner replied to her fans who wished her on the occasion. She was crowned as the Miss Universe on May 21, 1994.

She tweeted, “Happy 25 yrs of India’s First Miss Universe!!! Thank you @Gahlaut11 #MissUniverse1994 #India.” She tweeted to one of her fans. Check out the tweets posted by the Main Hoon Na actress.

Looking back at her journey till this coveted title, the actress participated and won 'Femina Miss India Universe', title. This led to her entry in the race of Miss Universe. She was competing with Miss Colombia Carolina Gómez and Miss Greece Rea Totounzi. She won the final round making her the first Indian to grab the title of Miss Universe, that too just when she was in the teens. Later, in 2017, she was once again a part of the Miss Universe contest but as a jury.

Many of the youngsters and established industry enthusiasts look at her as an inspiration. The actress has not only won hearts with her movies and performances, but her humble beginning and equally down to earth journey to the peak has also got her fans, still glued to her achievements. Happy 25 years of Miss Universe, Sushmita Sen!