This Superstar Was Spotted at This Female Co-Star's Residence in the Wee Hours - Guess Who?

Psst! This superstar, who is known for his colourful love life, was snapped at his co-star's residence in the wee hours last night. 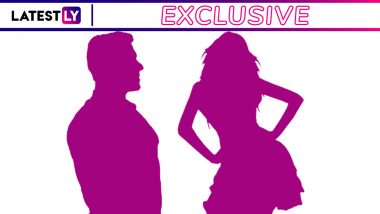 Psst! This superstar, who is known for his colourful love life and box office power, was snapped visiting the residence of the female co-star of his upcoming movie in the wee hours last night. This is not the first time the two actors have teamed up for a movie, so it goes without saying that they share a crackling chemistry onscreen (and offscreen too! Ahem!). The actor stayed back at the actress' residence and left only in the wee hours. Hmmm...  This got us wondering what this late night meeting was all about! Well, your guess is as good as ours!

This might be an issue of major concern for the actor's "rumoured" girlfriend who has been tagging along with him almost everywhere. The duo has been going strong for over two years and in fact, he has been promoting her work in the industry for quite some time.

As far as the actor's late-night meeting with his co-star is concerned, can you guess who we are talking about? Comment below and tell us!

(The above story first appeared on LatestLY on Jun 13, 2018 03:23 PM IST. For more news and updates on politics, world, sports, entertainment and lifestyle, log on to our website latestly.com).