Jug Jugg Jeeyo stars Anil Kapoor, Neetu Kapoor, Varun Dhawan and Kiara Advani in the lead. Directed by Raj Mehta, the film is produced under the banner of Dharma Productions. 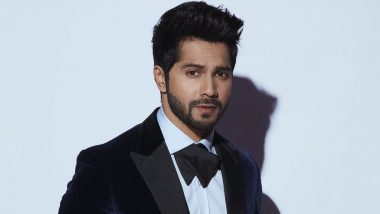 Varun Dhawan who had tested positive for COVID-19 had recently recovered and it was reported that the actor is expected to resume the shoot of Jug Jugg Jeeyo from today onwards. Despite following safety protocols and adhering to precautionary measures there are several actors, filmmakers and others who have been infected with this deadly virus. In an interview with a leading tabloid, the handsome hunk has talked about on how the team plans to go ahead with the shooting schedule of Jug Jugg Jeeyo. Jug Jugg Jeeyo: Varun Dhawan, Neetu Kapoor Test Negative For COVID-19 And Expected To Resume Shooting Of The Film Soon?

When Varun Dhawan was asked if there would be any changes in the original schedule of Jug Jugg Jeeyo, he told Mirror, “We just hope to complete this outdoor schedule smoothly. The main criterion is to take care of Neetu ma’am and Anil sir, wrap up their portions quickly, so that they can go home. There will be some changes in our schedule, hopefully, we will get through this safely.” Even Neetu Kapoor had tested positive for COVID-19, but the veteran actress had recovered and was also spotted by the shutterbugs leaving the city for Chandigarh for the shoot of the film. Jug Jugg Jeeyo: After Varun Dhawan, Neetu Kapoor, Co-Star Maniesh Paul Also Tests Positive for COVID-19.

Jug Jugg Jeeyo also stars Anil Kapoor and Kiara Advani. Directed by Raj Mehta, the film will be produced under the banner of Karan Johar’s Dharma Productions. Stay tuned for more updates from the world of showbiz!

(The above story first appeared on LatestLY on Dec 19, 2020 09:15 AM IST. For more news and updates on politics, world, sports, entertainment and lifestyle, log on to our website latestly.com).