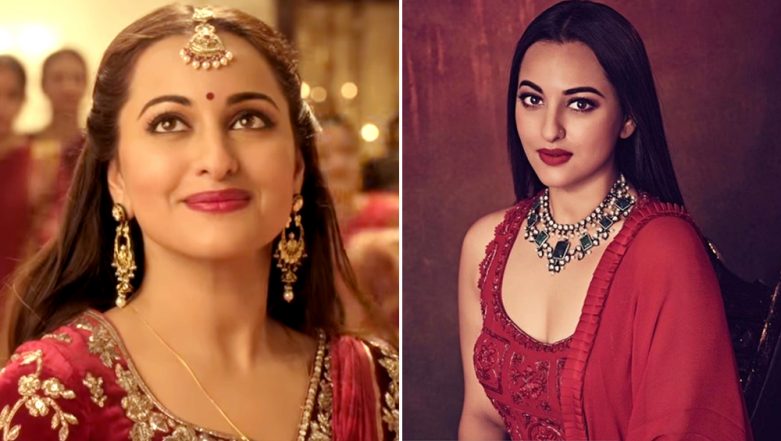 Actors Shatrughan Sinha and Poonam Sinha daughter Sonakshi have topped the headlines for numerous reasons. There have been times when eyebrows have been raised about her relationship status. However, the gorgeous Sona has neither accepted nor denied that she is single. She has been rather focusing on her professional commitments. But now the buzz is, Sonakshi Sinha has made some surprising revelations about her wedding on the sets of the popular show, Super Dancer 3. Sonakshi Sinha Backs Her Father Shatrughan Sinha’s Decision to Quit BJP and Join Congress Ahead of 2019 Lok Sabha Elections.

The celebrities appear on numerous television shows for the promotional aspect of their upcoming projects. Sonakshi Sinha is currently busy with the promotions of her next film, Kalank, which is all set to hit the big screens on April 17. She apparently made a guest appearance on Super Dancer 3 along with her film’s co-stars Varun Dhawan and Alia Bhatt. According to a report in TOI, Sonakshi told that she would want to get married before Varun and Alia. So, what’s cooking? Read further to know more. 4 Times When Shraddha Kapoor and Rohan Shrestha’s Pics Became Viral! See It Here.

The host of Super Dancer 3 asked the trio – Sonakshi Sinha, Varun Dhawan and Alia Bhatt, that who among them would be the first to get hitched to which Sona picked her own name. This indeed left everyone stunned. On hearing that instant response, the show’s judge Shilpa Shetty Kundra asked Sonakshi Sinha to reveal the groom’s name and that’s when the latter said, she wants everyone to find a groom for her as she is ready to get settled in life. Well, fans of the actress must surely be happy for her. So do you think Sonakshi will soon be seen walking down the aisle? Let’s wait and watch.