Zeeshan Ayyub Says There Is a Much Bigger Problem Than Nepotism, Reveals How He Has Been Lied to About His Roles 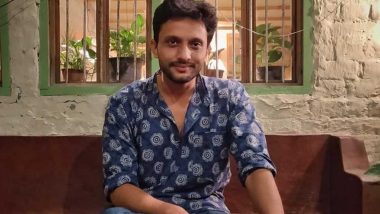 Despite hits like Raanjhana and Tanu Weds Manu Returns to his credits, Zeeshan Ayyub is yet to get his due credit in Bollywood. And he seems pretty done with the debate about nepotism, adding that the debate is diluting the cause itself. While speaking to the media, he said, "Issko thoda sa ajeeb banaya ja raha hai. The whole nepotism debate is making the real issue very insignificant. There’s a much bigger problem and that’s when you’re lied to," Swara Bhasker and Mohammed Zeeshan Ayyub Quote Their Film Raanjhanaa's Reference to Condemn Violence at Anti-CAA Protests in UP.

The actor further explained, "You’re told that you have this projection and sometimes you’re promised a poster, too. The makers sell you the character like it’s the poster character and one of the main leads (in the film) but while shooting, it becomes a side character,"

"Except a few, in almost all the films I was told I’d be in the poster and all that, but eventually, I saw what happened. Such things also change the perspective of the audiences towards you," he added. Zeeshan Ayyub Reacts on CAA, Says Everyone Knows About It.

He also said that scripts are changed midway. "And at the time of the promotions, nobody cares about that fight. Actors who have work don’t have the time to fight. We think that who’ll fight now about a poster or why the name isn’t where it was promised to be during the credits,” he explains.

The nepotism debate was sparked again after Sushant Singh Rajput's suicide. Commenting on how some of the industry folks are using Sushant’s death, Zeeshan said, "Kuchh log toh bas apna personal papad sek rahe hai. I feel so bad that a colleague has died and people are playing games on it. There’s so much negativity around it. You must realise that if, at this point, you’re slamming someone, then automatically Sushant’s name will also get embroiled. It’s very ugly."

(The above story first appeared on LatestLY on Jul 08, 2020 12:56 PM IST. For more news and updates on politics, world, sports, entertainment and lifestyle, log on to our website latestly.com).