Alejandro González Iñárritu Birthday: From Amores Perros To Birdman - A Look At Some of His Best Films 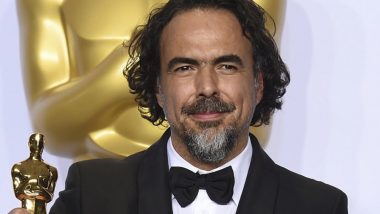 On Alejandro's birthday, we take a look at his best films so far (picture credit - Getty Images)

Alejandro González Iñárritu is one of Mexico's best known cinematic exports, there are no two ways about that. He is known for making dark, gritty and excellently shot films. He remains the first Mexican director to be nominated for the Academy Award, he was also the first Mexican to win a Cannes Film Festival director prize. Over the years, he has made some terrific movies. Today is the legendary director's 56th birthday. Let's take a look at some of his best movies.

21 Grams is the second film in Alejandro's Trilogy of Death. Unlike Amores Perros, this one is an american, English-language production.  It's impossible not to be glued until the finale while watching this film, which released in 2003. Mulan Song Royal Brave True Out! Christina Aguilera's Number Is Spirited And Moving.

Babel is undoubtedly Alejandro's best work so far. The fact that he won the best director award at the Cannes Film Festival and the Academy Award for this one, says it all.  What's really interesting is that the events in this film take place in four countries - Mexico, Morocco, Japan and the US.

Birdman is Iñárritu’s best critically rated film that stars Emma Stone, and Michael Keaton. While Emma and Michael have given terrific performances, the real sell of birdman is its award-winning cinematography. We wish Alejandro a very happy birthday.

(The above story first appeared on LatestLY on Aug 15, 2020 10:06 AM IST. For more news and updates on politics, world, sports, entertainment and lifestyle, log on to our website latestly.com).