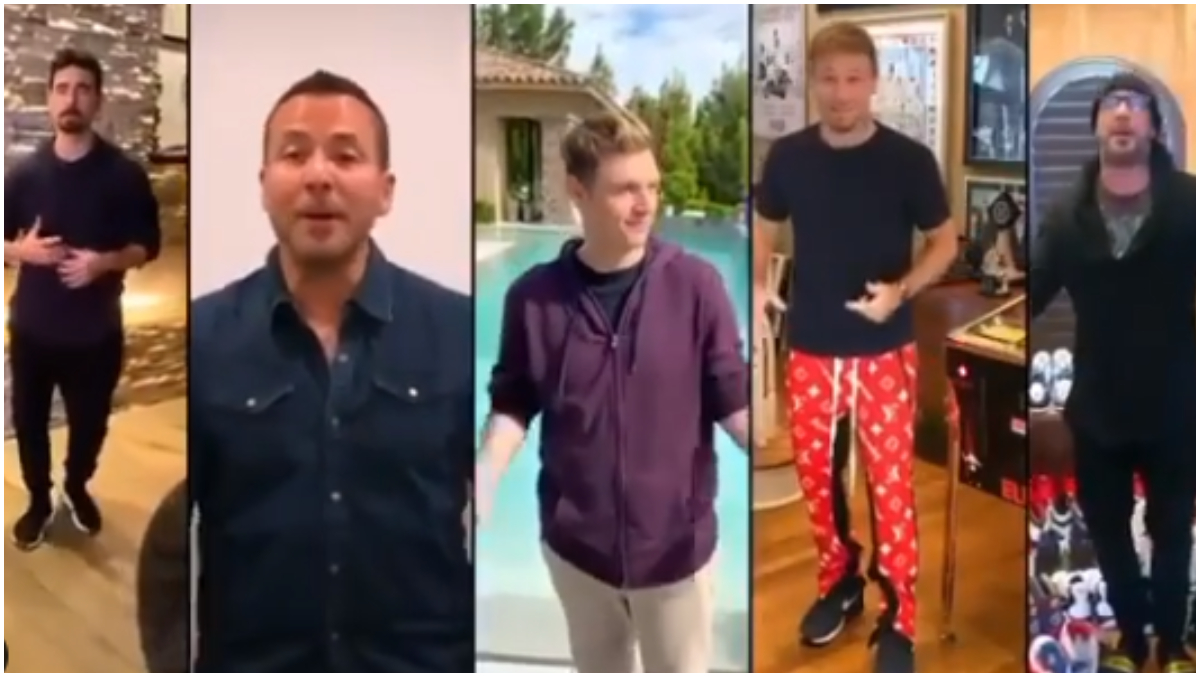 Trying their little bit to make the world a better place, Backstreet Boys reunited to sing their hit number I Want It That Way. The motive was to pay tribute to the first responders and medical professionals working round the clock to curb the COVID-19 pandemic. Billie Eilish, Lady Gaga, Camila Cabello and Alicia Keys also took part in this event dubbed as Fox and iHeartRadio's Living Room Concert for America.

The members of the boyband Backstreet Boys were all quarantined at separate locations. So, it is a logistical feat that they pulled off coming together and singing the song. Brian Littrell, from his home in Atlanta, started with the opening lines of the song, "You are my fire, my one desire." The other four members Nick Carter, Kevin Richardson, AJ McLean, Howie Dorough join him from their homes. Backstreet Boys and Steve Aoki Team Up for a Feel-Good Song ‘Let It Be Me’.

Nick and Kevin also received a little help from their family members in this concert. Carter was accompanied by his son Odin as he sang by the pool. Richardson's sons, Mason and Maxwell, took to the guitar and drums.

The video of the performance is going viral all over the internet. The video will touch the '90s kids right in the feels.

Honored we could be part of this incredible event ❤️ Thank you @iHeartRadio @foxtv! #iHeartConcertOnFox

Here Are Some Other In-Home Concerts You Can Watch:

Shawn Mendes Jams ‘My Oh My’ with Camila Camila Cabello

🎥| Shawn playing the melody of "My oh my" with Camila #iHeartConcertonFOX pic.twitter.com/n4HCvjtdGM

"It's so important that we keep our spirits high during this uncertain time," Backstreet Boys wrote in a post on Twitter and asked fans to share something that made them smile this week.

The proceedings from the one-hour concert will go to First Responders Children's Foundation and Feeding America.