New and bizarre reports of Beyoncé being an extreme expert in witchcraft and practitioner of magic spells of sexual molestation have been doing the rounds. 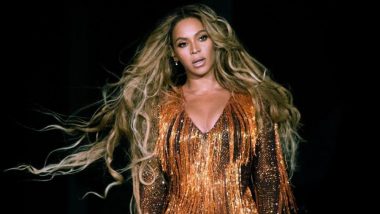 New and bizarre reports of Beyoncé being an extreme expert in witchcraft and practitioner of magic spells of sexual molestation have been doing the rounds. As per documents uploaded on The Blast, it has been revealed by Beyoncé’s former drummer, Kimberly Thompson has alleged asked for a restraining order against the singer. Thompson has affirmed that her ex-boss is a practitioner of dark magic and "magic spells of sexual molestation". The website has also claimed that they have access to court documents that have details of Kimberly's claims to get a restraining order. Birthday Special: 20 Best Songs by Beyoncé to Groove On - Watch Video

In the document, details of witchcraft that Kimberly alleges Beyoncé performed aren't elucidated. However, Thompson does believe that her former employer did perform spells to tap her phone, control her finances and most importantly, keep the drummer under constant surveillance. Reportedly, these actions have been stated as part of the harassment campaign carried out by Beyoncé. Kimberley's request for a restraining order against Beyoncé was denied by the court once. However, she has issued for another restraining order, hearing of which will take place in October. Beyoncé on Vogue Cover: The Icon Talks About A Rare Pregnancy Complication She Faced During Her Twin Pregnancy

During an interview with Nylon in 2016, Kimberley was quoted talked about how she had to get an approval for a mohawk hairstyle. “I couldn’t have done it without Beyoncé’s approval,” Thompson said. “I had to show it to her, and she had to say, ‘OK.’” It’s a part of her packaging and branding. She agreed with it. She loved it.”

It does sound rather unnatural that such claims would be made against Queen Bey. While no such pieces of evidence have been showcased by Kimberly, we wonder what the real deal is and whether Beyoncé would react to the news.

(The above story first appeared on LatestLY on Sep 21, 2018 01:10 PM IST. For more news and updates on politics, world, sports, entertainment and lifestyle, log on to our website latestly.com).