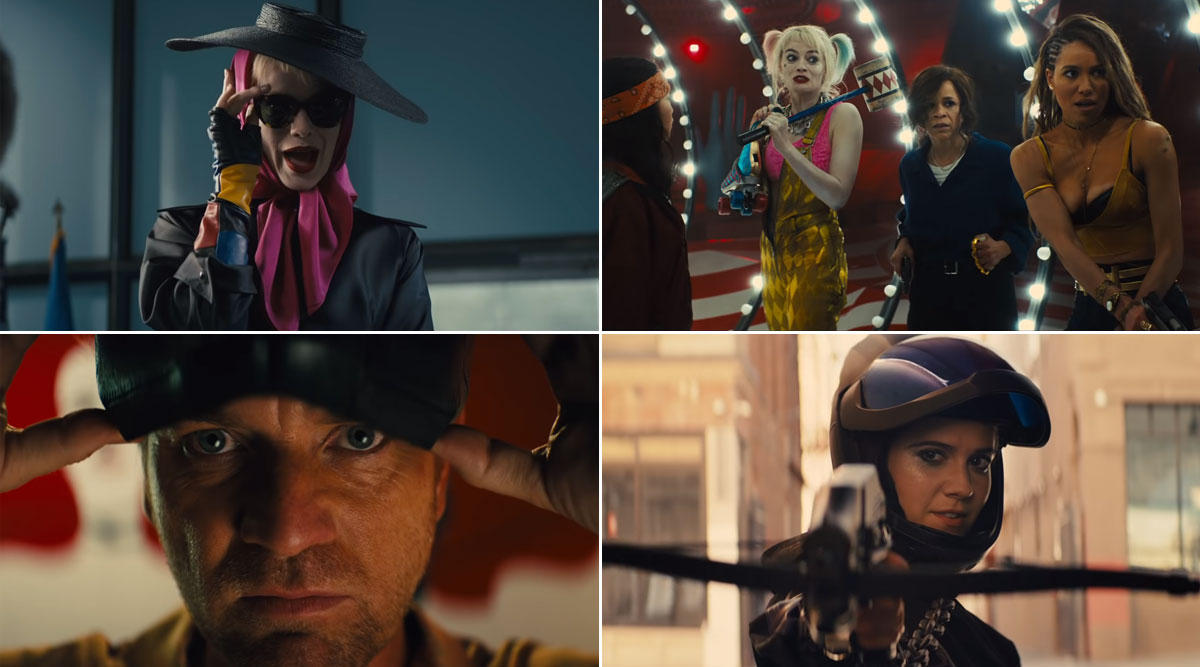 A new trailer of Margot Robbie starrer Birds Of Prey is here and it looks extra fun as her DC character Harley Quinn is back to create some more havoc after Suicide Squad only this time, she's not all alone. The DC flick also stars Mary Elizabeth Winstead, Jurnee Smollett-Bell, and Rosie Perez in lead roles and the exciting new trailer shows us Harley Quin's character teaming up with her girl gang for some action. Also joining the DC universe with this film is Star Wars actor Ewan McGregor and Chris Messina. Birds of Prey Star Margot Robbie Reveals She Found the Joker-Harley Quinn Storyline in Suicide Squad Confusing.

The first trailer of the film debuted in October and the new one goes a step further. The trailer picks with Robbie's character Quinn saying how she wanted to do something extra after her break-up with Joker and this film is all about her finding her rhythm with some new characters. Harley in this process, meets Huntress (Winstead), Black Canary (Smollett-Bell), and Renée Montoya (Perez). Together, the women face off with Gotham's baddie Roman Sionis (McGregor). The trailer looks fun with all the action but the highlight sure is Harley's final dialogue on Bruce Wayne. We hear her saying she's named her Hyena after him because 'he's hunky'. Birds of Prey Trailer: Margot Robbie’s Harley Quinn Teams up with her Fellow Superheroes to Wage a War against Black Mask (Watch Video)

After the success of Aquaman and Shazam!, expectations are high from this film. There's no doubt that Robbie had impressed everyone with her act in Suicide Squad and without Jared Leto's Joker in the picture this time, we expect the audience to enjoy this film more. Directed by Cathy Yan, the film is slated to hit the screens on February 7, 2020.