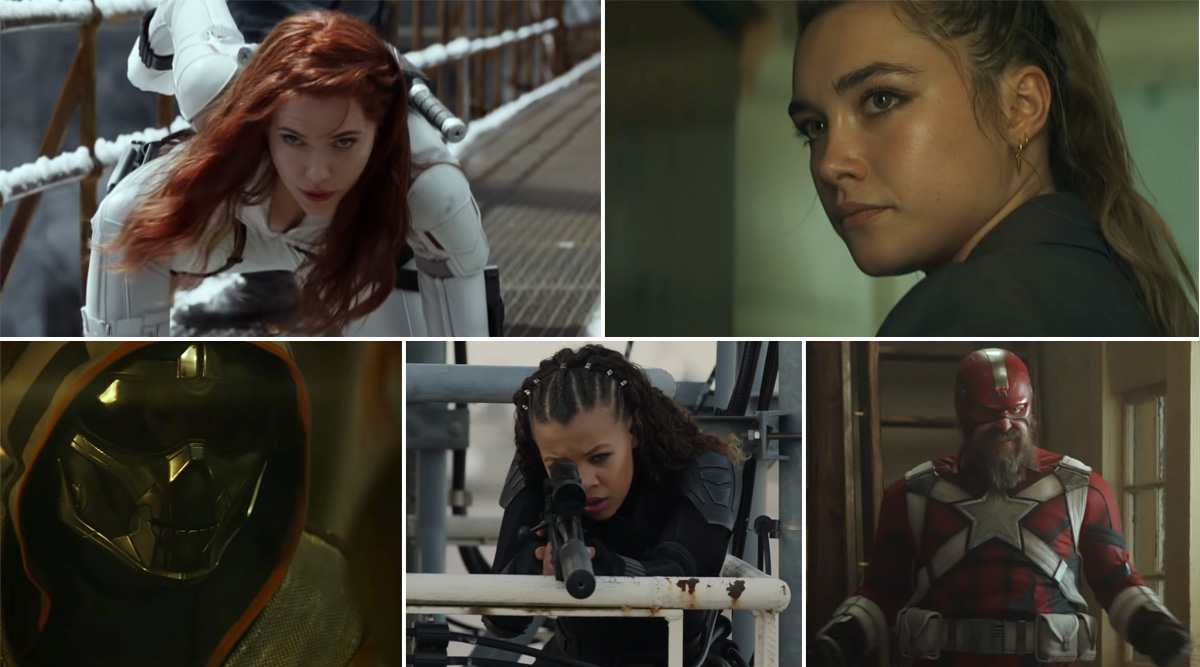 Scarlett Johansson's standalone Black Widow film is one of the most anticipated Marvel films of the year. Ever since the trailer of the film released, the excitement has doubled among fans. The film stars Scarlett Johansson along with Florence Pugh and Rachel Weisz in lead roles. After the exciting trailer showed us Scarlett's character's Natasha Romanoff's past and especially her relationship with sisters Yelena and Melina, the new promo gives us a further look at that. The film is set after the events of Captain America: Civil War and will see Scarlett Johansson’s Nathasha Romanoff take on the villainous Taskmaster. Black Widow Teaser Trailer: Scarlett Johannson’s Avenger Meets Her Crazy Spy Family in This Action-Packed Promo (Watch Video).

The new trailer shows us Natasha reuniting with her family and after Yelena (Pugh) asks why she's back, ScarJo's Natasha responds saying she's on the run . The promo also showcases a good amount of action that has similar bits that we saw in the trailer. The promo, however, shows us more of Natasha's family time than the trailer. We also get a glimpse of her big nemesis in this film, the Taskmaster. The Natasha-Taskmaster fight looks brilliant in this promo and we can't wait to see more.

Check Out the New Promo Here:

We have earlier heard from Marvel head Kevin Feige that Black Widow is a crucial film given that it will set up the future of the franchise, post Avengers:Endgame. The movie will further introduce a number of brand-new characters who could come back into play in upcoming films.

Directed by Cate Shortland from a script written by Jac Schaeffer and Ned Benson, Black Widow also stars David Harbour, O-T Fagbenle, Ray Winstone, Olivier Richters in key roles. The film is slated to hit the theatres on May 1, 2020.