Henry Cavill on Snyder Cut Release: 'Important For a Filmmaker and a Storyteller to Have Their Intended Vision Released' 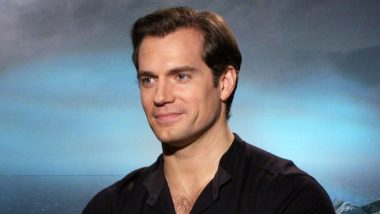 One of the most exciting projects to land on HBO Maxx is without a doubt Zack Snyder's Justice League, better known as the Snyder Cut. After fans went out of their way to urge makers to release this version of the film, finally the project will be seeing light of the day. Zack Snyder confirmed the big news while mentioning that his cut will air on WB's new OTT platform, HBOMax but it will take a while. The movie is slated to hit the platform in 2021. Recently, in interaction with Variety, Henry Cavill spoke about the same. Confirmed! Warner Bros To Release Justice League Snyder Cut on HBOMax in 2021, Reveals Zack Snyder.

The interaction brought together Cavill along with Picard star Sir Patrick Stewart. Asking Cavill about the Snyder cut, Sir Patrick asked, "What can you tell me about the Snyder Cut?” Responding to the same, Superman aka Cavill said, "Oh the Snyder Cut, the famous-slash-infamous-slash-all-sorts-of-things Snyder Cut. I can’t really tell you anything aside from the fact that all I know is that HBO Max will be releasing it, I believe, and it’ll be Zack’s final vision for the movie, and I don’t know anything more than that."

Speaking about Snyder finally getting the chance to release his cut, Cavill added, "I’m just really happy that Zack got to realize his vision. I think it’s important for a filmmaker and a storyteller to have their intended vision released and shown to the world, and I’m looking forward to seeing it myself. It’s been quite the ordeal."Justice League: Ben Affleck, Gal Gadot Join #ReleaseTheSnyderCut Movement (View Tweets).

Addressing how fans have rallied for the release of the Snyder Cut, Henry said that while Justice League wasn't well-received considering there was a mix of visions and stated that it’s going to be "very enjoyable" to watch Zack finally release his version.

(The above story first appeared on LatestLY on Jun 24, 2020 09:35 PM IST. For more news and updates on politics, world, sports, entertainment and lifestyle, log on to our website latestly.com).