In a Historic Move, Italy Abolishes Film Censorship! No Involvement of Government in Banning Movies Now

According to a survey by Cinecensura, 274 Italian films, 130 American movies and 321 pictures from other countries have been outlawed in Italy since 1944. More than 10,000 have been forced to cut scenes. 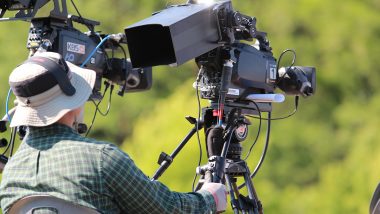 With the rise of cinema and art all around the world, some historic moves have been globally taken in the past to maximise the reach of films and other forms of cinema. Italy, however, has a strict censorship policy in place till now. The legislation that birthed in 1913 was still practised in Italy where the government had the ultimate power to censor and ban movies. But what comes as a historic move, the rule has officially been abolished. In the past, films like Pier Paolo Pasolini’s Salò or the 120 Days of Sodom and Bernardo Bertolucci’s Last Tango in Paris had been banned by the government. Elton John Slams Russian Censorship of Rocketman’s Gay Sex Scenes.

The symbolically important move for a censorship rule that was de-facto no longer practised is definitively a big step. It is doing away with “the system of controls and interventions that still allowed the Italian state to intervene on the freedom of artists,” said Culture Minister Dario Franceschini after he announced the conclusion of the government’s powers to censor cinema. Hundreds of films from all over the world were banned locally for religious, “moral” and political reasons.

According to the new order, film distributors will be able to self-classify their own movies based on existing audience age brackets. These brackets will include columns like “over-14″ (or aged 12+ if accompanied by a parent) and “over 18” (or 16+ accompanied by adults). Also, a new commission of film industry personalities, education experts and animal rights activists, will review the film’s classification. 01 Distribution chief Luigi Lonigro, who is head of Italy’s distributors, issued a statement, that said, “It’s an epochal change that the industry was strongly pushing for and will usher in self-regulation." Anurag Kashyap’s Manmarziyaan to Not Release in Pakistan for Violating the Censorship Code?

According to a survey by Cinecensura, 274 Italian films, 130 American movies and 321 pictures from other countries have been outlawed in Italy since 1944. More than 10,000 have been forced to cut scenes. Pasolini’s controversial film Salò was banned after a brief theatrical run in Italy because it revolved around Marquis de Sade’s 18th-century novel of torture and degradation to Fascist Italy in 1944. Bertolucci’s Tangoeven before it could make it to the theatres.

(The above story first appeared on LatestLY on Apr 08, 2021 10:07 AM IST. For more news and updates on politics, world, sports, entertainment and lifestyle, log on to our website latestly.com).