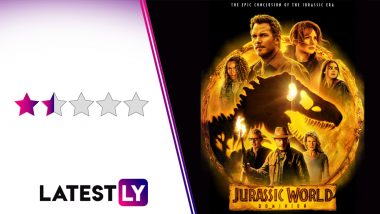 Jurassic World Dominion Review: "Welcome to Jurassic Park!" These four words changed cinema back in 1993. Imagine capturing awe inspiring imagery with the amount of limited tech you had back then and making a film about Dinosaurs, the most larger-than-life thing you had seen ever then. That shot of the Brachiosaurus standing on its hind legs and landing back on the ground causing an earth-shattering impact, that’s what the Jurassic Park franchise was known for. The series raised the bar at that moment, but Jurassic World Dominion just lets go of everything awesome about the franchise, and creates a huge disappointment that would put a Dreadnoughtus to shame. Jurassic World Dominion Review: First Reactions of Chris Pratt's Jurassic Park Sequel are Out and the Critics Are Divided Over The Film!

Jurassic World Dominion sees Colin Trevorrow return to direct. From a story by him and Derek Connolly, the film is set four years after events of Jurassic World Fallen Kingdom. Dinosaurs are living among us. Earth is facing its most challenging time yet as both humans and the dinosaurs are learning to co-exist among one-another. In the midst of that, Owen Grady (Chris Pratt) and Claire Dearing (Bryce Dallas Howard) have adopted the human clone Maisie Lockwood (Isabella Sermon), and are living in the woods trying to keep her safe from the world. 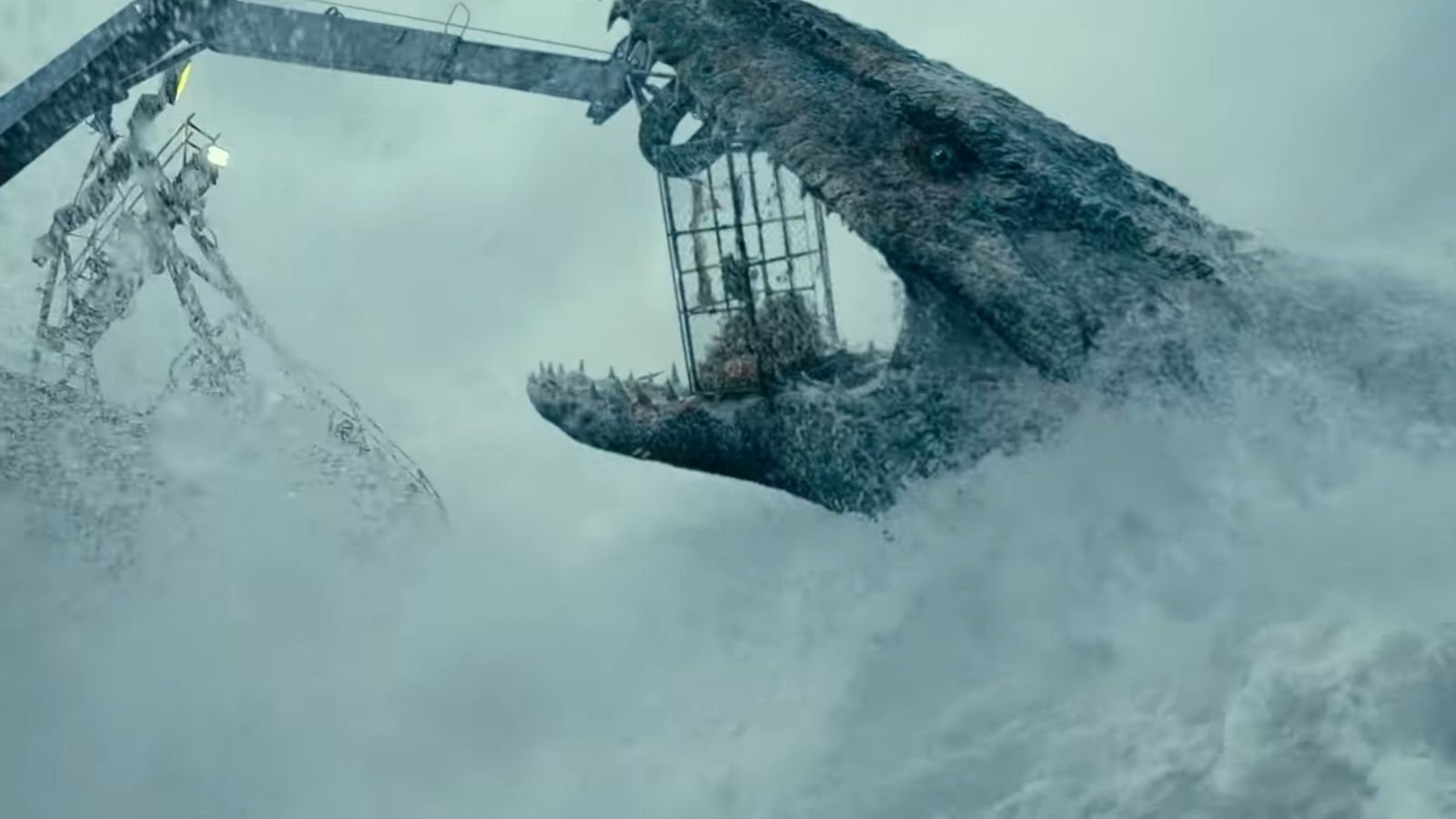 We even have our classic Jurassic Park trio returning. Dr Ellie Sattler (Laura Dern) is trying to uncover a new conspiracy revolving around the evil company Biosyn (quite on the nose the name is here) and a dangerous swarm of locusts. She recruits Alan Grant (Sam Neill) to go on a trip to their headquarters with Dr Ian Malcolm (Jeff Goldblum) helping them out as well.

Now the cast, for the most part, does quite well. Pratt is fun as ever in the role of Owen Grady while Howard’s Claire surprisingly gets the most character development out of all. Addled with the responsibility of being Maisie’s adopted mother, she is trying her best to prove herself in this role and how. However, Isabella Sermon wasn’t as convincing as Maisie Lockwood, but that’s more regulated towards the writing for the character because there is so much to unpack here, and the length of her roles doesn't do justice to it. Dewanda Wise as Kayla Watts, though, turned out to be the big surprise of the film. Her character was quite fun and I genuinely enjoyed seeing her interact with others.

But you’re here to see the original Jurassic Park gang of Alan Grant, Ellie Sattler and Ian Malcolm. Sadly, not much is done with them. Sure, they are great in their roles, and seeing all three of them interact with each other was nostalgic pro max, but in terms of stakes, there was nothing for them to do much. Rather than do something meaningful, they are just regulated to roaming around in this lab and investigating about the locusts. How do you have the big-three of the franchise in a film and still end up fumbling the casting?

However, the most disappointing of the cast is Campbell Scott as Lewis Dodgson, the CEO of Biosyn. Putting on his best Tim Cook cosplay here, he acts in a goofy way and it often feels like the character is in a completely different film. His interactions are awkwardly written to the point where I wasn’t sure if it was intentional or not. 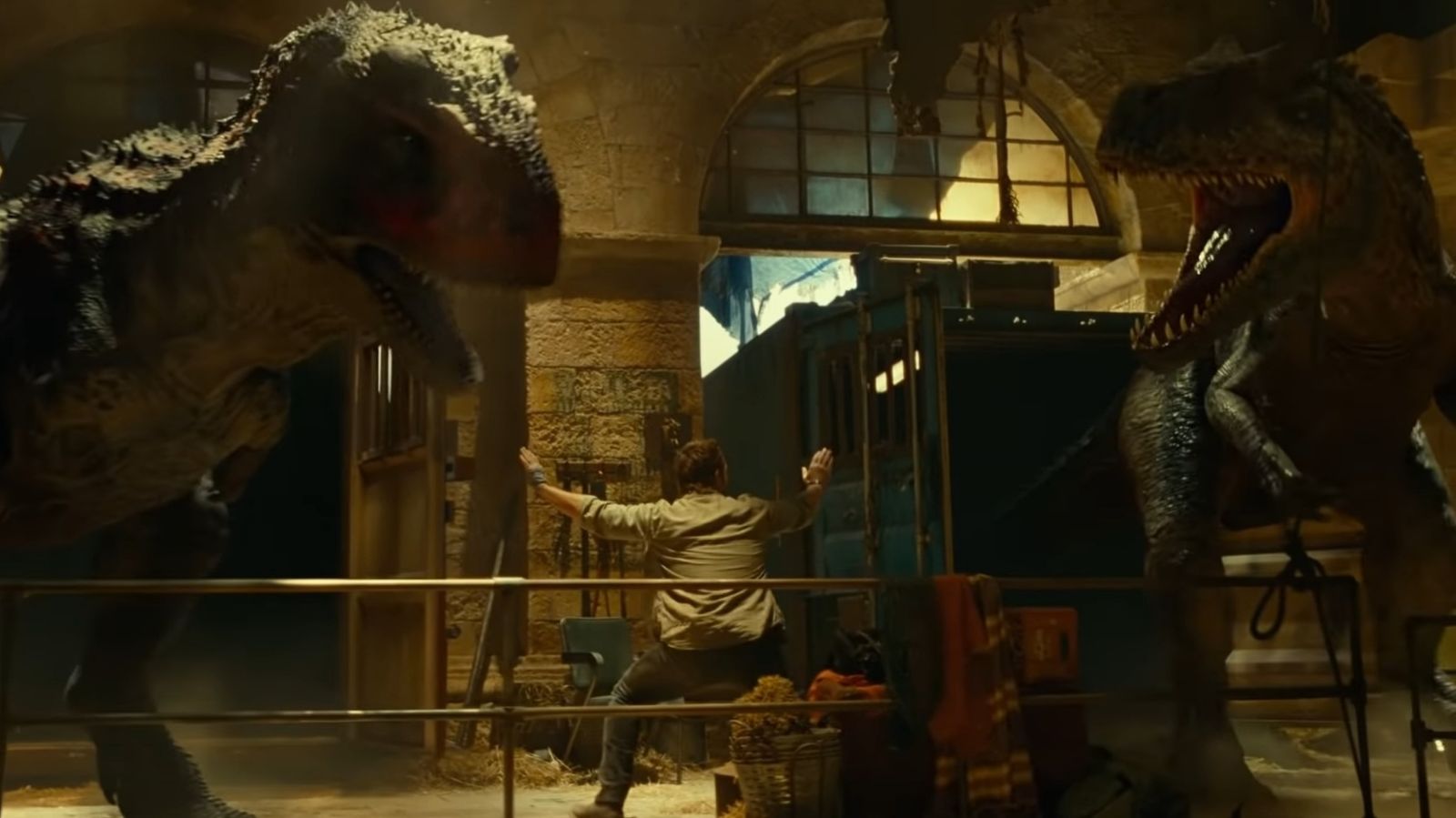 The worst offender here is the plot. There are two tracks running side-by-side over here. The biggest issue with Jurassic World Dominion is that how convoluted they both sound like and how they are connected to each other. At one side, you have Owen and Claire trying to get back Blue’s child and Maisie from Biosyn, while the other sees the legacy trio trying to uncover this conspiracy regarding around the locusts. It’s almost comical to the point as the dino action just provide the backdrop this time around to the main plot.

All the pre-release talk about how the dinosaurs are taking over the world and that’s barely touched upon here. You would think for a movie called Jurassic World Dominion; it would hone more on the WORLD part of it, but no. The dinosaurs are just there to make the film have some interesting moments. Which is quite weird seeing how new species of dinos are introduced here. Like there are new kinds of Raptors, the Giganotosaurus, dinos with feathers and there is not much interesting stuff done here. I’ll commend them though for actually using animatronics for when the dinos were on-screen, because they look better than ever. 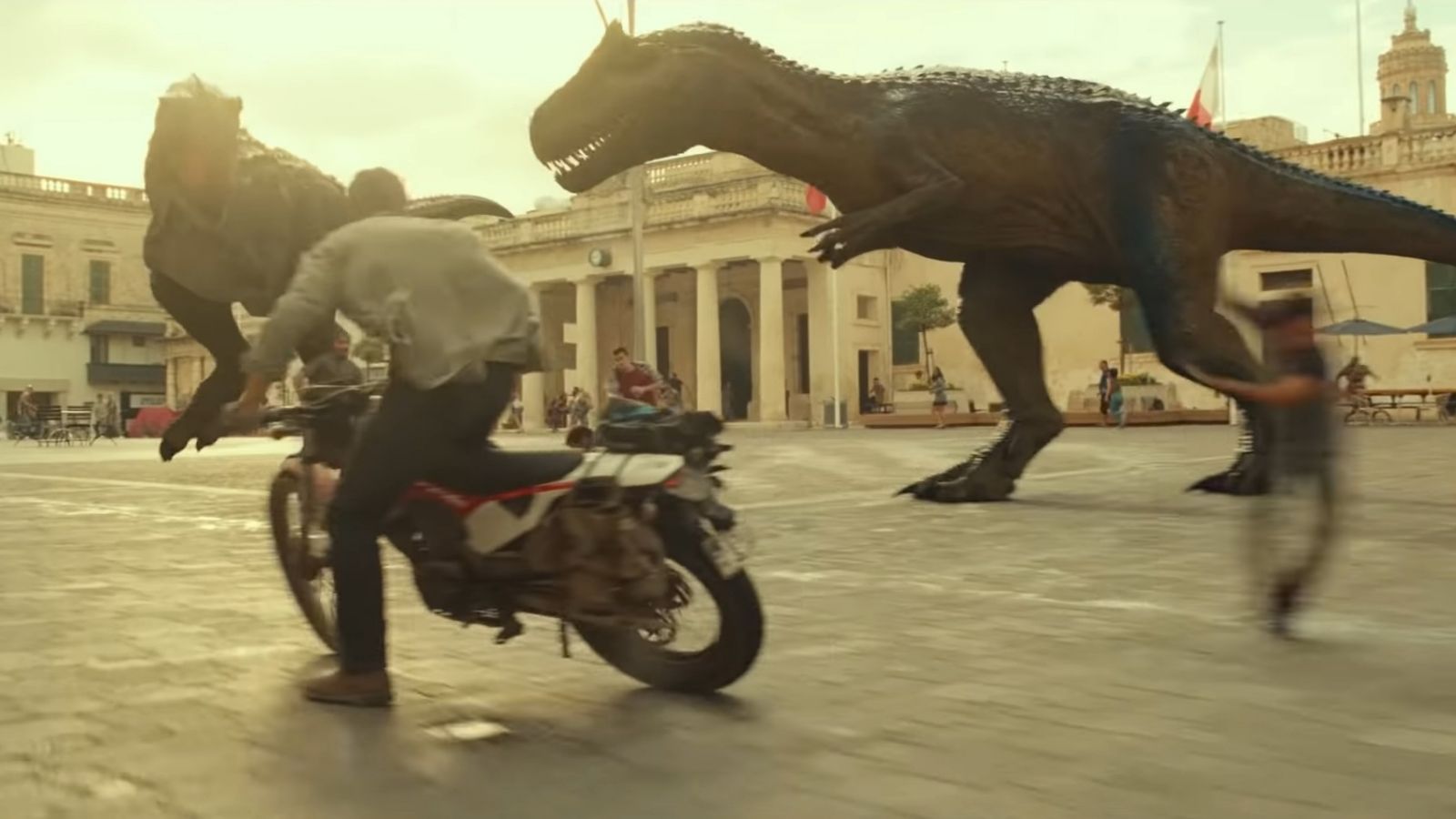 There is this one scene in Malta that I really enjoyed. That part of the film fleshed out the world so much more with illegal dinosaur trade, fights and more. It led to a chase sequence that had my cinema hall cheering and after a few more humdrum scenes, I wondered why am I not seeing more such Malta moments in this film. Ms Marvel Series Review: Iman Vellani’s Disney+ Show is a Sweet, Rebellious Coming-of-Age Drama Wrapped Up in Superheroics! (LatestLY Exclusive).

Apart from the Malta sequence, though, the dinosaur action this time around isn’t that convincing to watch. It’s capped off with a very underwhelming and forced third act fight that I had no emotions towards. You would think they could at least try to capture the nostalgic elements of it, but the film fails in that too.

But even in underwhelming JP sequels, the one thing that keep rousing your spirits was how they used the iconic theme and BG score. JWD disappoints in that aspect as well. I was quite surprised to see just how little the main Jurassic Park theme was used. Hardly present here. Expected better from Michael Giacchino’s score. Just like how the franchise hones in on the idea of how bringing back the dinosaurs was a bad idea, maybe bringing back the Jurassic Park films were a bad idea as well. The best way to describe Jurassic World Dominion would be that it’s the Star Wars: The Rise of Skywalker of the Jurassic Park franchise.

Jurassic World Dominion is a classic study of how not to end a franchise. For a finale, this didn’t invoke the grand feeling of a satisfying closure; rather it felt like a commercial dump that worried me with its extensive runtime. If you want to know what it feels like watching a shipwreck, then Jurassic World Dominion will make you go through the seven stages of grief with its two and a half hours hours runtime. Never thought a film about dinosaurs would be a slog to watch, but uh… Hollywood uh… finds a way.

(The above story first appeared on LatestLY on Jun 09, 2022 11:10 AM IST. For more news and updates on politics, world, sports, entertainment and lifestyle, log on to our website latestly.com).