Morgan Carey, elder brother of pop star Mariah Carey, is suing the singer for defamation and infliction of emotional distress caused by her memoir, 'The Meaning Of Mariah Carey.' 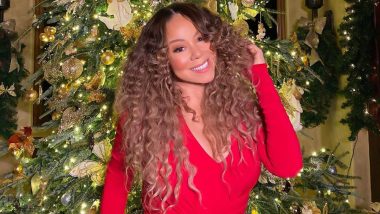 Morgan Carey, elder brother of pop star Mariah Carey, is suing the singer for defamation and infliction of emotional distress caused by her memoir, 'The Meaning Of Mariah Carey.' Filed in New York Supreme Court, the lawsuit claims that the memoir contains passages that are false and defamatory, according to a report in Variety. Co-author Michaela Angela Davis and Macmillan Publishing Group are also listed as defendants. Mariah Carey's Battle with Bipolar Disorder: Singer Shares About Mental Health Breakdown.

The suit read: "(Morgan) brings this action more in sorrow and disappointment in his sister's betrayals and malicious falsehoods than in anger at them. He is by no means envious of his sister's enormous artistic and personal success, has enjoyed his own successes both professional and personal and has always wished her well." Mariah Carey Confesses Being Treated like an ‘ATM Machine with a Wig On’.

The suit added: The Meaning of Mariah Carey first released in September 2020 and set off much buzz over newly revealed anecdotes, like that she had recorded a secret grunge album in 1995. Details of her marriage to Sony Music executive Tommy Mottola and his controlling behavior caused particular shock."

"She described one instance where he sent out an armed search party when she and rapper Da Brat went to Burger King for a quick bite to eat," the suit further stated. The court document lists a slew of memoir passages that Morgan says are false.

As a result, he claimed that he has "suffered extreme mental anguish, outrage, severe anxiety about his future and his ability to support himself and his family, harm to his reputation and his earning capacity, embarrassment among his friends and associates, disruption of his personal life and loss of enjoyment of the ordinary pleasures of everyday life".

Such passages include Mariah's memories of a vicious fight between Morgan and their father, and Morgan being institutionalised as a young boy. In another passage, she likens her childhood to the story of The Three Little Pigs. The suit also stressed that the damage was intentional, pointing out a pre-publication interview Mariah did with personality Oprah Winfrey.

"She intended to damage plaintiff, stating ‘he drew first blood.' She also publicly referred to plaintiff as her ‘ex-brother'," the suit read. Morgan is not asking for money, but instead is looking to undo damages through "judicial determination." His actions follow in the footsteps of their sister, Alison Carey, who also sued Mariah for emotional distress caused by the memoir. She has demanded $1.25 million in damages.

(The above story first appeared on LatestLY on Mar 04, 2021 11:29 PM IST. For more news and updates on politics, world, sports, entertainment and lifestyle, log on to our website latestly.com).