Marilyn Monroe Birth Anniversary Special: 5 Interesting Facts That You Did Not Know About the Timeless Diva

Despite having a troubled childhood, Marilyn sailed through all the hard times and outshined herself with every performance. The actress struggled with substance abuse, depression, and anxiety but managed to make a big name for herself. 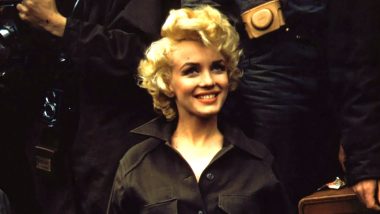 If words could describe Marilyn Monroe, we think elegance, class, sass and fashion would be a few words that can symbolise her perfectly. The actress, who was also known as the 'Blonde Bombshell,' was the most desirable woman of her time. Even now, there has been no match to the charm and beauty that she had. She was Playboy's first 'Sweetheart of the Month' and has a charming sex symbol image on screen. People were and still are a fan of beauty, but Monroe was not just beauty but a person with a smart brain. She is said to be very intellectually bright off-screen, and she managed to impress everyone with her witty nature.

Despite having a troubled childhood, Marilyn sailed through all the hard times and outshined herself with every performance. The actress struggled with substance abuse, depression, and anxiety but managed to make a big name for herself. She became immortal in everyone's memories. She was typecasted and underpaid during a certain period of her career, but no matter what happened, Monroe faced all these problems with a bright smile. Not only is she an inspiration for many women to fight hardships, but she has taught many women how to live on one’s own terms and look absolutely fabulous while doing it through her career and life choices.

Marilyn Monroe was born on June 1, 1926, and she breathed her last in 1962. She was aged 36 at that time, and today marks another birth anniversary of hers. Being a public figure, her life was like an open book. Fans knew many minute details about her life, and used to keep an eye on her whereabouts. But regardless of all the limelight, there are some facts many fans don't know. Today as we celebrate her 95th birth anniversary, let us take a look at some of the trivia about Monroe.

Marilyn Monroe's real name is Norma Jeane Mortenson. She was in Los Angeles, and she spent most of her childhood in foster homes and an orphanage. She never knew her father, while her mother had been admitted to a psychiatrist.

Monroe got married for the first time at the age of sixteen to James Dougherty. He was a 20-year-old young man, serving in Merchant Marine during the Second World War.

Marilyn got her first job at the Van Nuys Radioplane factory. Her job was to coat airplane/ drone parts with fire-resistant sprays and inspecting parachutes for any faults. This led to short-lived film contracts with Twentieth Century Fox and Columbia Pictures.

Marilyn was momentarily suspended in early 1954. She was barred from the industry for refusing a film project. She returned a year later to star in one of the biggest box office successes of her career, The Seven Year Itch. Her last completed film was the drama The Misfits.

Before deciding upon her stage name as Marilyn Monroe, the initial idea for her screen name was Jean Adair. Whenever she used to sign into hotels, she used to check in as Zelda Zonk. She used the name Faye Miller for her psychiatric clinic. She legally changed her name to Marilyn Monroe in March 1956, after already becoming famous.

Marilyn Monroe is a timeless beauty and we don't think anyone can ever replace her charisma. She is an inspiration, a legend, who will always be cherished. Join us in remembering her today on her 95th birth anniversary.

(The above story first appeared on LatestLY on Jun 01, 2021 09:10 AM IST. For more news and updates on politics, world, sports, entertainment and lifestyle, log on to our website latestly.com).