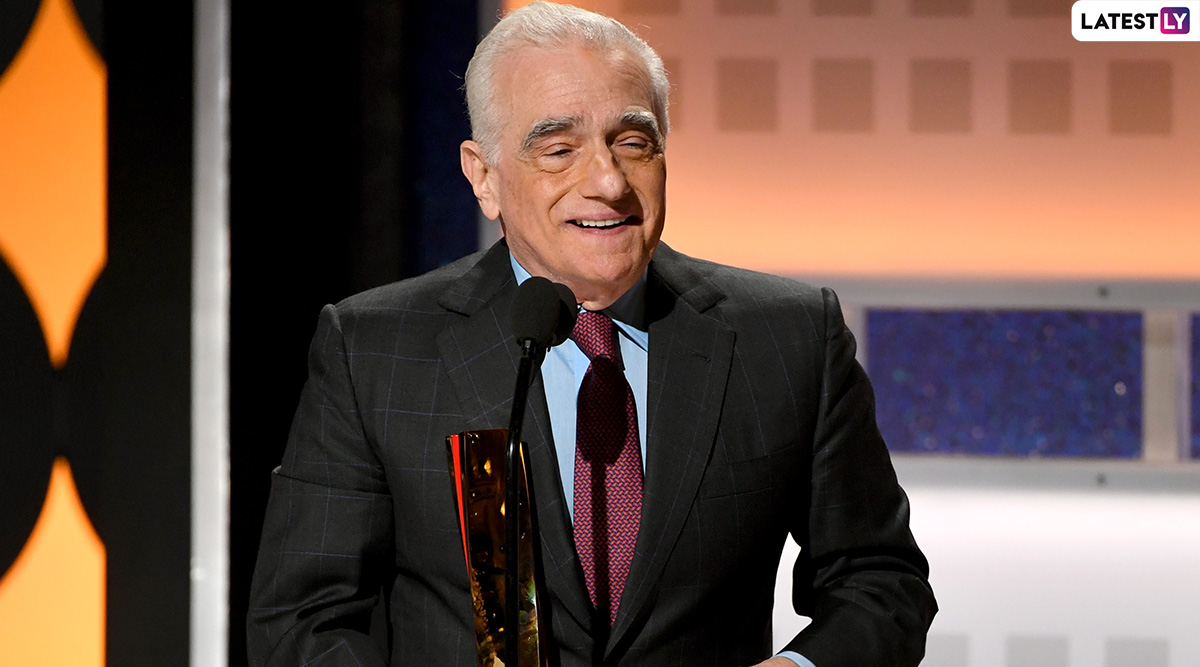 With a nod for The Irishman at the Oscar nominations, Martin Scorsese has become the most-nominated living director in Academy history. The legendary filmmaker says he is honoured that all the work on "The Irishman" has been recognised by the Academy. This is Scorsese's ninth Oscar nomination, and the number eclipses the record of Billy Wilder, director of such films as The Apartment, Some Like It Hot and Sunset Boulevard, who passed away in 2002. Wilder earned a total of eight Oscar nominations in his career. Golden Globes 2020 Full Winners List: 1917, Once Upon A Time in Hollywood, Fleabag, Succession Win Big; The Irishman, Game of Thrones Go Empty-Handed at 77th Annual Golden Globe Awards.

Scorsese's mob epic The Irishman got 10 nods -- Best Film, Best Director (Scorsese), Best Supporting Actor Male (Al Pacino and Joe Pesci), Best Adapted Screenplay (Steven Zaillian), Best Cinematography (Rodrigo Prieto), Best Film Editing (Thelma Schoonmaker), Best Production Design (Bob Shaw and Regina Graves), Best Costume Design (Sandy Powell and Christopher Peterson) and Best Visual Effects. "I'm honoured that our work on 'The Irishman' has been honoured by the Academy with these nominations. We put all of ourselves into this picture, a true labour of love, and to be recognised in this way means a great deal to all of us," Scorcese said. Golden Globes 2020: Game of Thrones Fans are Furious after Kit Harrington Bags the Only Nomination for the Show.

This year, streaming giant Netflix picked up a leading 24 Oscar nominations across eight titles. Along with "The Irishman", Noah Baumbach's Marriage Story has been nominated in the category of Best Picture. The 17 categories in which Netflix titles have been nominated include those for an Actor in a Leading Role, Actress in a Leading Role, Adapted Screenplay, Original Screenplay, Documentary Feature and Animated Feature. Marriage Story has six nominations and three nods for "The Two Popes".

Actor Jonathan Pryce, who has been nominated in Best Actor (Male) for "The Two Popes", got emotional. "I didn't expect to be quite as emotional as I was when I heard the news. To be acknowledged by your peers is just the best thing. I am so grateful to them. I am thrilled, too, for my fellow Pope Anthony Hopkins. We had such a good time together. We both thrived on Anthony McCarten's superb script and the inspirational direction of Fernando Meirelles. Huge thanks for the support of Netflix, Tracey Seaward and everyone who worked on the production of this very special film," said Pryce.