Based on the 2014 Rolling Stone article 'Pam and Tommy: The Untold Story of the World's Most Infamous Sex Tape by Amanda Chicago Lewis, the miniseries centers on the privately recorded video during the couple's honeymoon 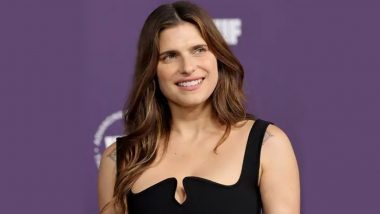 The American biographical drama series Pam & Tommy, which chronicles the marriage between Pamela Anderson and Motley Crue drummer Tommy Lee, has been winning hearts ever since it debuted on February 2. Based on the 2014 Rolling Stone article 'Pam and Tommy: The Untold Story of the World's Most Infamous Sex Tape by Amanda Chicago Lewis, the miniseries centers on the privately recorded video during the couple's honeymoon that threw their world into disarray. Pam & Tommy Star Lily James Opens Up About Her Transformation For Pamela Anderson’s Role.

Filmmaker Lake Bell, who has directed the 4th and the 7th episode from the miniseries spoke with IANS about rendering her distinctive vision to the overarching story, getting a critical shot right with limited takes and how working in biographical drama enhances her skills as a storyteller. The filmmaker starts off by talking as to how she aligned her storytelling sensibilities with the overall narrative of the series, "Given that episode 4 is my very first episode and it has a tonal shift in terms of where the viewers are focusing. I think it's sort of an organic balance to take this over with my own cinematic point of view file also adhering to the beautiful cinematic language which it already has established." Lily James Goes Bold Yet Classy With Her Pam & Tommy Co-Star Sebastian Stan in These New Pics.

She was very clear in her mind with regards to the installation of the story and her focal point, "The focal point for me is Pam (Pamela) in episode 4 and 5 and the idea of paranoia and feeling like you are in a fish pool, you feel Pam and Tommy are on display as if they were specimens as if they were part of a scientific experiment."

Lake terms the infamous sex tape as the first viral video in the times when the Internet wasn't even such a big monster, "In a way that was the first 'viral' video, nobody even knew what that meant. I enjoyed playing with a cylindrical kind of wrapping around Tommy with a whirlwind of energy that felt unwieldy and unhinged."

The final scene of the 4th episode where Lily, who plays Pamela, smashes the windshield is a story in itself. From Covid restrictions, logistics constraints to weather during those days, the team battled a lot. Talking about how she sailed through the tough times on the set, the director said, "It was the only thing that I worked on during the pandemic and I was grateful to be able to work and be around the camaraderie which goes into making a movie or TV show."

"But the constraints were very difficult as it was not only about the temperature which was around hundred or hundred and ten degrees fahrenheit. Additionally, the covid restrictions were very strict and they were shut down all the time. So I think everyone was dealing with stress and the heat along with the restrictions of the pandemic", she added.

The scene in question was pulled off in just two takes, revealing how she managed to execute the shots on such a tightrope walk, Lake said, "For the windshield we only had two replacements. I also couldn't shoot looking in certain directions because of the rush hour. Moreover, we couldn't shoot because of covid in certain ways in which we wanted to so this scene was pushed many weeks past my shooting dates because of covid-19 shutdown."

She also shared the brief that she gave to Lily for the scene, "Lily was extraordinary and I just told her that look you get to smash the heck out of this car so get at it and this could be all the combination of the frustration and rage and the anger and you can take it out on this windshield. So, it became quite cathartic, probably Lily and for her embodying Pam."

When asked as to how biographical drama adds to her repository of skillset, the director responded by saying, "When you are telling a biographical story or a documentary kind of series you have the responsibility to make sure that you are depicting characters in a light that is fair and respectful and generous."

"Additionally, the storytelling needs some ambiguity as to who the villain and the hero are. But in this series it is clear that the villain is not only men but also society at large and how socially we perceive the female form and what we deem as viable", she concluded.

(The above story first appeared on LatestLY on Feb 16, 2022 01:35 PM IST. For more news and updates on politics, world, sports, entertainment and lifestyle, log on to our website latestly.com).