"Star Wars" producer Gary Kurtz is dead. He was 78. Kurtz died of cancer on Sunday, his family said in a statement. 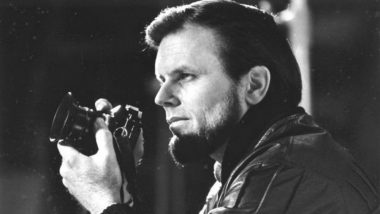 Los Angeles, Sep 25: "Star Wars" producer Gary Kurtz is dead. He was 78. Kurtz died of cancer on Sunday, his family said in a statement, reports variety.com. Kurtz had also produced "American Graffiti" and "The Dark Crystal". His career was closely aligned with that of filmmaker George Lucas, but the two parted ways after the troubled production of "The Empire Strikes Back."

Kurtz had championed "Star Wars" through multiple drafts and helped Lucas navigate 20th Century Fox's lack of enthusiasm for a movie they dismissed as a B-picture.

After "Star Wars" stunned everyone by turning into a massive hit, Lucas and Kurtz sat about crafting a sequel. Lucas handed the reins over to director Irvin Kershner, but production went over schedule and Lucas was forced to dip into his own pocket to complete the movie.

Kurtz stepped in to direct second-unit work on the film. When it was time to make "Return of the Jedi", Kurtz was replaced by Howard Kazanjian as producer.

Kurtz got his start as an assistant director on Monte Hellman's "Ride in the Whirlwind", a low-budget 1966 Western that starred a then-unknown Jack Nicholson.

"Gary was a beloved husband, father, grandfather, friend, colleague, and mentor, whose work and talent spanned filmmaking, photography, music, and cinema history. He was a Marine, a world traveler, an outdoorsman, and a kind, compassionate human being.

"... Gary was a magnificent man, who will be hugely missed. His whole family thanks you for your loving thoughts," his family statement read.

(The above story first appeared on LatestLY on Sep 25, 2018 03:04 PM IST. For more news and updates on politics, world, sports, entertainment and lifestyle, log on to our website latestly.com).