Thor Love and Thunder Ending Explained: Decoding the Climax and Post-Credits Scenes to Chris Hemsworth’s Marvel Film and How the Surprise Cameo Sets up a Sequel (SPOILER ALERT)

While the movie does pack in an emotional ending and sets up an exciting sequel, it very much was missing that spark of thunder. But, let’s explore what the ending of Thor: Love and Thunder entails for the franchise and what can we expect going forward. 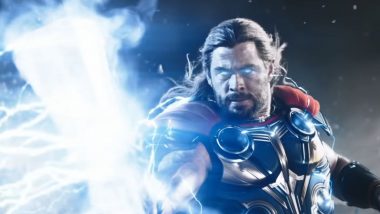 With romance and lightning in the air, Thor: Love and Thunder has graced the big screen. Directed by Taika Waititi, Thor: Love and Thunder is the fourth Thor film in the Marvel Cinematic Universe and sees Chris Hemsworth return in the role of the God of Thunder. After the events of Avengers: Endgame, Thor seeks to find inner peace, however he is disturbed when Gorr the God Butcher shows up and threatens to kill off all the gods. Assembling a crew of ragtag heroes, involving his ex-girlfriend Jane Foster who wield Mjolnir now, Thor must defeat this evil. Thor Love and Thunder Movie Review: Chris Hemsworth, Natalie Portman's Marvel Film is a Bumpy Ride With Occasional Sparks of Taika Waititi Charm (LatestLY Exclusive).

Thor: Love and Thunder felt like a fever dream in many ways. While there were definitely some strengths to the film and the campy tone was executed perfectly at times, it still very much felt like a montage of scenes inspired by the worst parts of Flash Gordon. While the movie does pack in an emotional ending and sets up an exciting sequel, it very much was missing that spark of thunder. But, let’s explore what the ending of Thor: Love and Thunder entails for the franchise and what can we expect going forward.

What Does the Ending Mean For Thor? 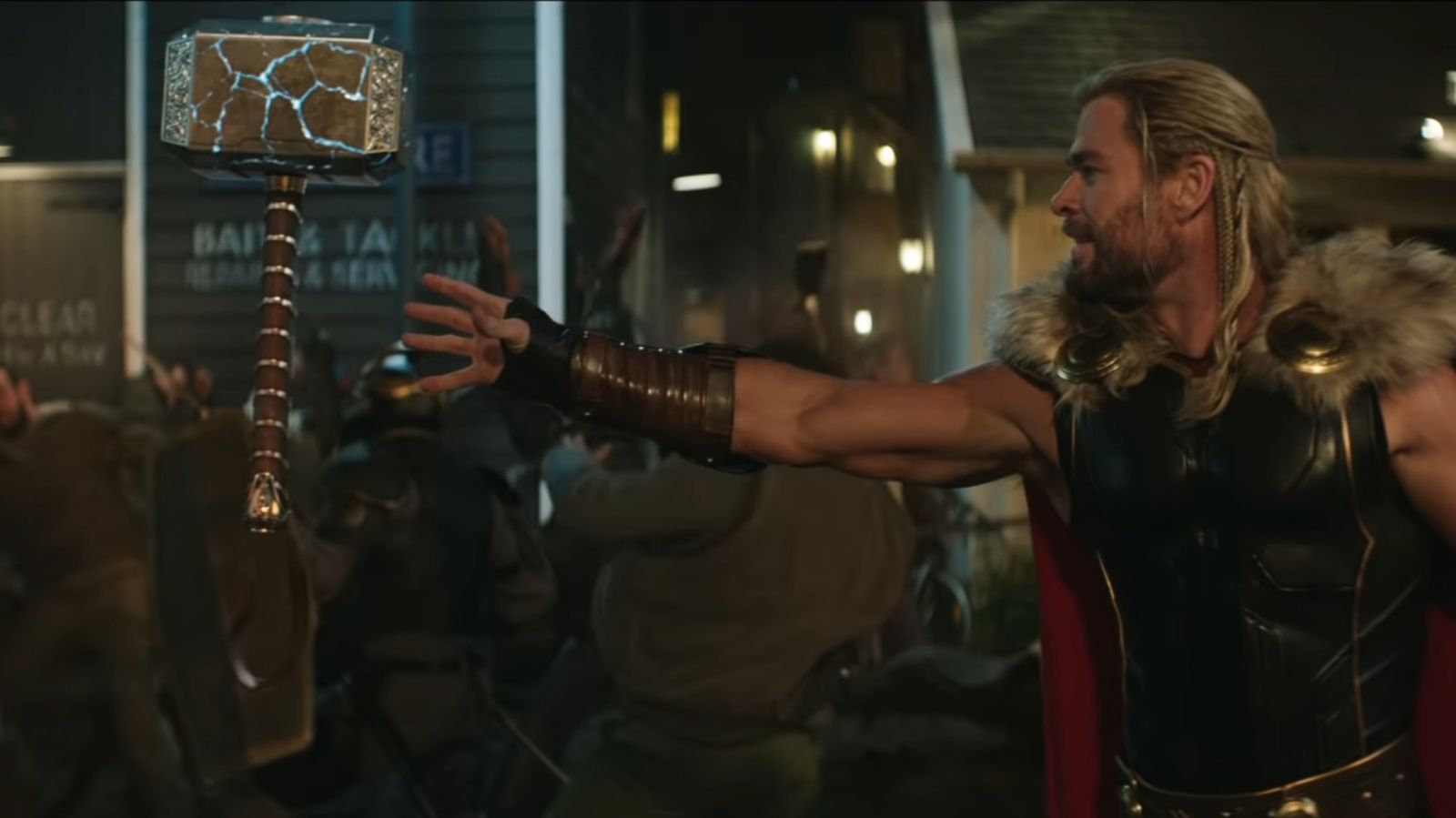 The ending for Thor: Love and Thunder sees a great deal of things happen. With Gorr reaching Eternity and Jane Foster going to Valhalla, there is a bunch happening here. In the finale we see Gorr finally be reunited with his daughter and see the good in gods. As he dies, Thor makes a promise to him that he will look after his daughter, and make sure nothing happens to her.

With the film ending, we see Thor adopt Gorr’s child, and both of them being the new dynamic duo of the cosmos. Thor wields the Mjolnir once more while the child wields the Stormbreaker, and both charge into battle as the film ends.

With Thor now adopting Gorr’s daughter and raising her as his own, we can expect the next Thor film to feature a father-daughter dynamic. The film also mentions that their team is called that of “Love and Thunder”, so that’s definitely a possibility. So, whenever we see Thor next, be ready to see a child holding a huge axe as well.

What Happens to Jane Foster? 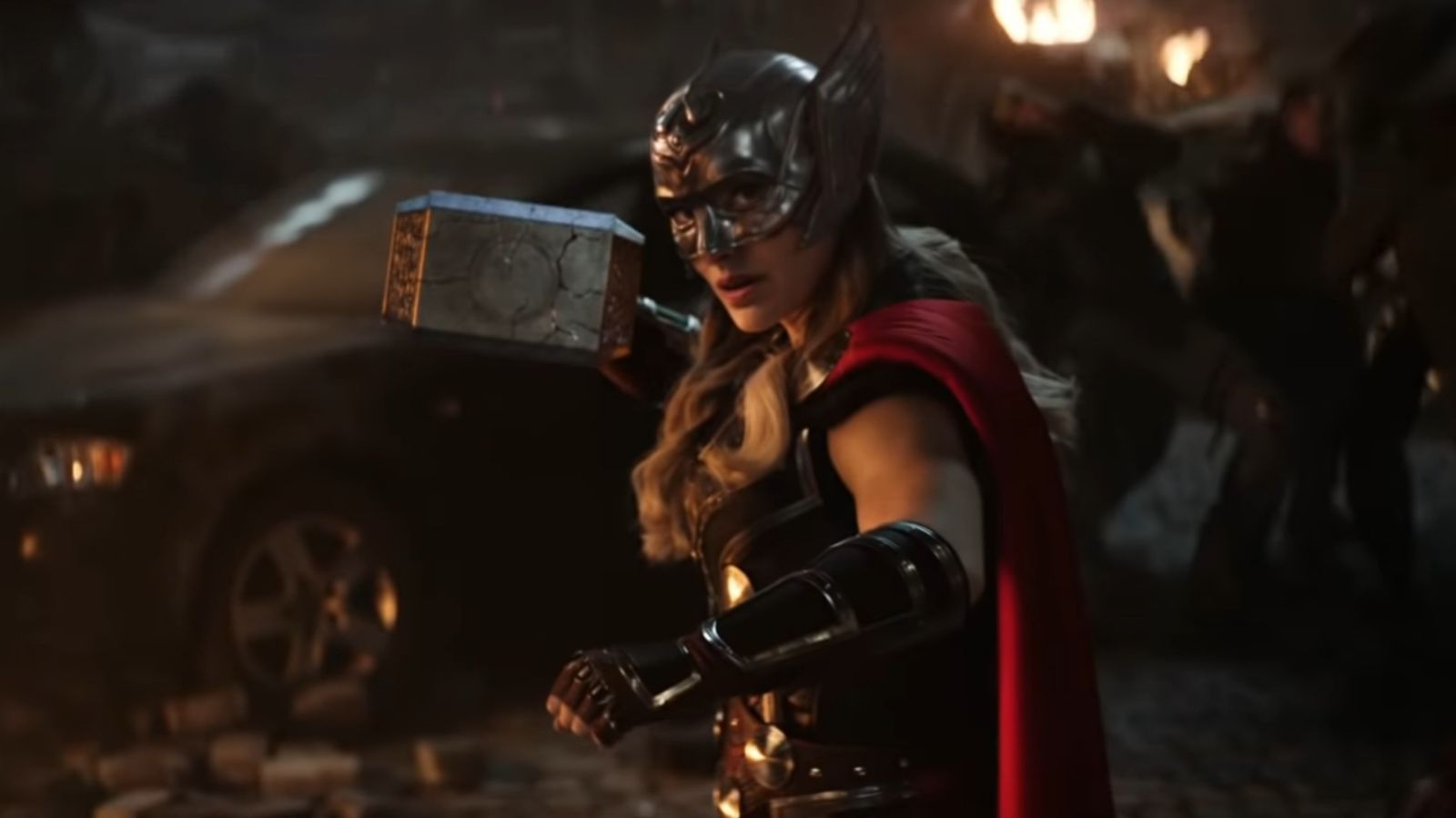 In the film, Jane Foster is struggling with cancer, but gets cured for a while when wielding the Mjolnir that transforms her into Mighty Thor. But when se returns back to her human form, her cancer comes back with a vengeance. The end of the film sees her extremely weak and sacrificing herself by transforming into Thor one final time.

As her and Thor have a final conversation, Jane then perishes away. However, we do see her again. Havin died in battle, Jane then goes to Valhalla in the post-credits scene where she is welcomed into its gate by Heimdall with Idris Elba reprising his role once again. Looks like we haven’t seen the last of Jane Foster just yet.

What Does the Mid-Credits Scene Mean? 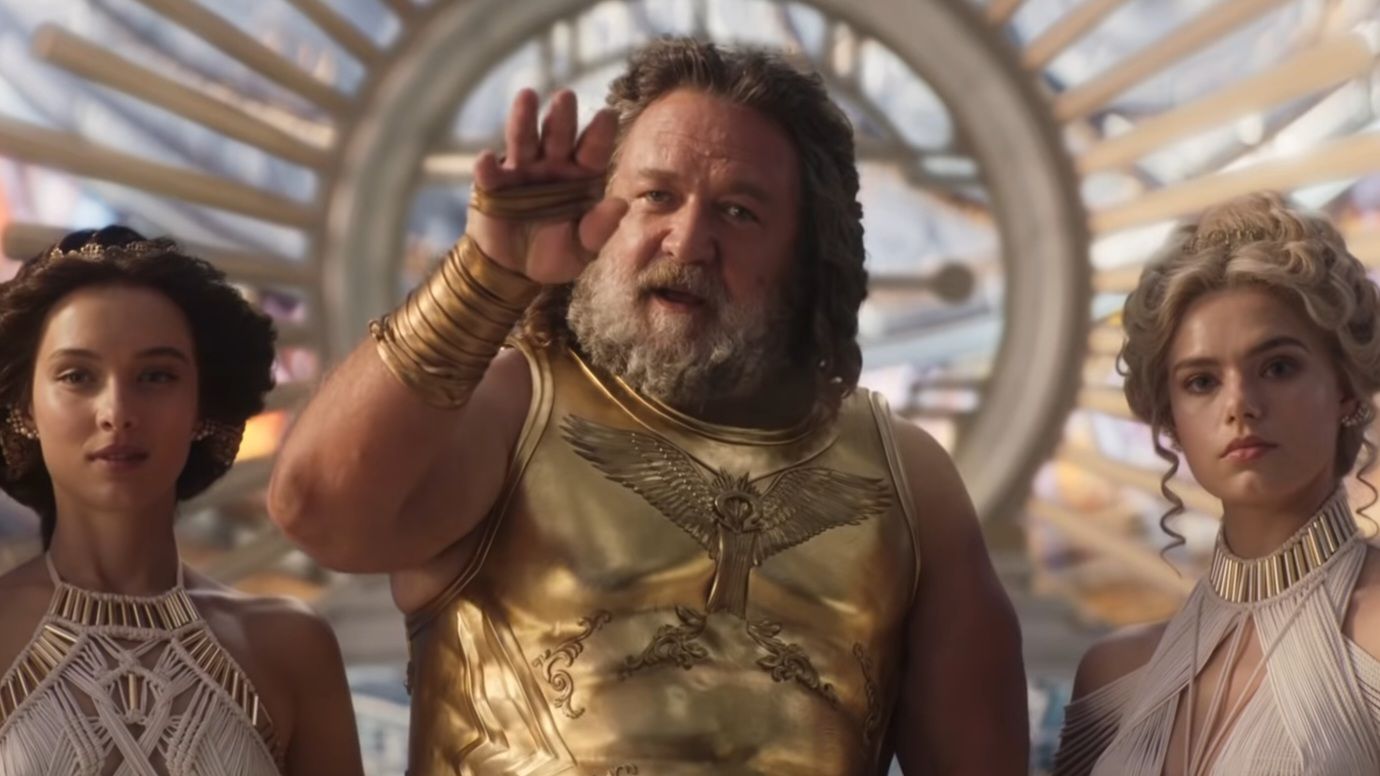 In the mid-credits we see Zeus survive the attack he received from Thor. Talking about how the gods have become a joke and all people want to see is superheroes now, he feels humiliated and angry. Wanting to get his revenge on Thor, we see the introduction of Hercules here. Hercules is played by Ted Lasso actor Brett Goldstein in Thor: Love and Thunder.

In the comics, Thor and Hercules are the best of friends, however, their relationship does start off with a bit of rivalry. It looks like Marvel might be taking a similar approach here with Hercules being set up as the next antagonist of a future Thor film. When that might come out, we don’t know, but we sure do know that Brett Goldstein will return here. Thor Love and Thunder: Post Credits Scene of Chris Hemsworth's Marvel Film Allegedly Leaked Online, Surprise Character Teased (SPOILER ALERT).

You can check out Thor: Love and Thunder as the film is playing in theatres right now.

(The above story first appeared on LatestLY on Jul 07, 2022 02:12 PM IST. For more news and updates on politics, world, sports, entertainment and lifestyle, log on to our website latestly.com).