Housefull 4 New Poster: Bobby Deol's Name in the Film Has a Connection with Sunny Deol and Dharmendra (See Pics) 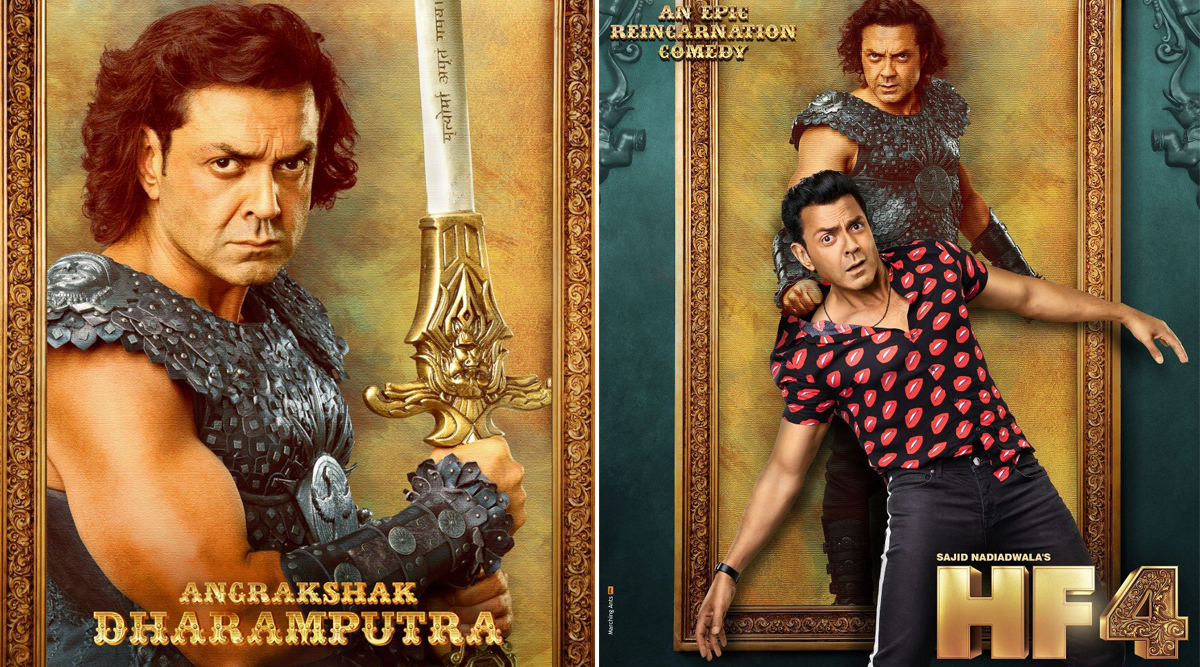 Housefull 4 has finally begun its promotional campaign. The first trailer of the movie will hit the internet on September 27. Before that, the makers are dropping character posters of the actors in the film. We have already seen the funny posters for Akshay Kumar and Riteish Deshmukh, now it is the turn for the newest entrant in the Housefull franchise, Bobby Deol. As we know, Housefull 4 will dabble with the idea of reincarnation to incite comical situations. So, two of Bobby's avatars from the film have been revealed. One from the year 1419 and the other from 2019. Housefull 4 First Look: Akshay Kumar as Bald 'Bala' and Hairy 'Harry' Will Tickle You Funny (See Pics).

The name for Bobby's character from the bygone era is 'Angrakshak Dharamputra'. The name is so meta and funny. In case, you need us to spell it out, 'Dharamputra' is because Bobby's father is Dharmendra. And Angrakshak was Bobby's brother Sunny Deol's movie.

Check Out the Poster of Bobby Deol for Housefull 4 Here:

For Housefull 4, Farhad Samji has been credited as the director on the posters. He only stepped in mid-way when Sajid Khan was relieved from the duties in the wake of his name surfacing in the #MeToo movement in India in 2018. Housefull 4 also stars Kriti Sanon, Kriti Kharbanda, Pooja Hegde, Chunkey Pandey, Rana Daggubati in key roles. Rumour has it that Nawazuddin Siddiqui will also be seen playing an important role in the film.