There's an unmistakable inclusion of physical assault and emotional harassment at the hands of the photographer in the detailed report. 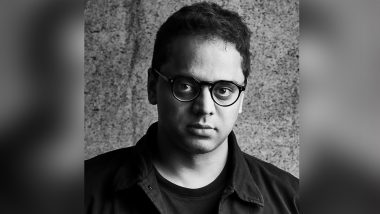 After a model leveled the charges of physical assault and sexual harassment against photographer Colston Julian, emerges a post from the popular photographer has now given his clarification on the claims. The model had stated in her complaint ( to the Deputy Commissioner of Police Zone X, MIDC, Andheri East) seeking an FIR, that Julian had sexually harassed her. In her interaction with a daily, the aforementioned model had also stated that the photographer made sexual advances at her without her consent. Mumbai Police Registers Case Against a Bollywood Photographer for Allegedly Raping a Model

The detailed revelations include how Julian had tried to kiss her forcefully, how he would body shame the model, mock at her facial features to crush her confidence. There's an unmistakable inclusion of physical assault and emotional harassment at the hands of the photographer in the detailed report.

Julian now issues a clarification against the baseless allegations made against him. He took to his social media to affirm that, "Dear all, It has come to my notice that a social media post and a news article with entirely false and spiteful accusations are making certain claims against me. My lawyers are following the official process and are responding to the situation legally. I am grateful to all colleagues, friends, clients and well-wishers who reached out and extended their faith, trust and support, at this time."

Leading daily mid-day spoke to another model allegedly raped by Inega Model Management, who also alleged that Julian used similar tricks on her. Both refused to come forward with their stories. mid-day sent a detailed text to Julian, which remained unanswered till press time.

Dr Maheshwar Reddy, zonal deputy commissioner of police, said in his interaction with the daily, “I’m not aware of the complaint letter that has been submitted before my office. If it is submitted today, it will come to my table tomorrow morning. Legal action will be taken against the accused if the complaint is related to sexual harassment.”

(The above story first appeared on LatestLY on May 11, 2021 05:58 PM IST. For more news and updates on politics, world, sports, entertainment and lifestyle, log on to our website latestly.com).