Ranveer Singh's First Look As Kapil Dev From '83 Is Here And We Say Release The Film Already! 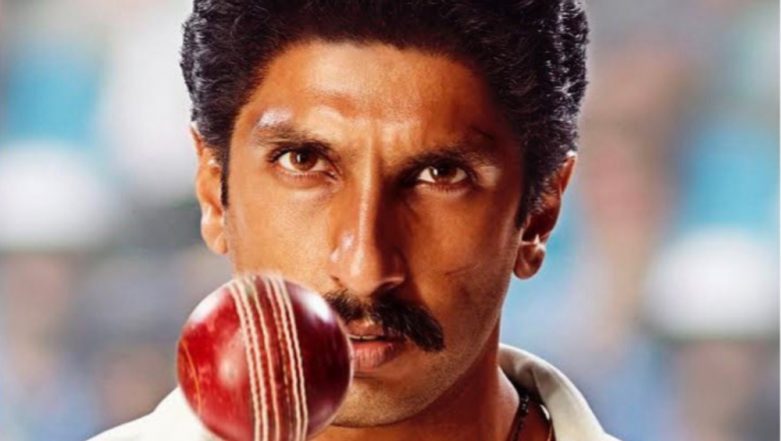 Check out Ranveer's first look as Kapil Dev from '83

It's here! The first look of Ranveer Singh as Kapil Dev from Kabir Khan's upcoming film, '83 is out and we just can't even. The actor shared the photo on his social media account a while back. For those of you who don't know, Ranveer is celebrating his birthday today, so this is like a treat from him to his legion of fans. "On my special day, here’s presenting THE HARYANA HURRICANE 🌪 KAPIL DEV 🏏🏆," read the caption on the photo.

Getting Ranveer's look right would have been a huge task, but we have to give it to the make-up team for doing an absolutely brilliant job. The resemblance between Ranveer and Kapil is highly uncanny. Ranveer Singh Birthday Special: Why This Decade Belongs to the Gully Boy Star Who Never Fails to Impress Us.

'83 traces Indian cricket team's historic world cup win in the summer of 1983. Deepika Padukone is also a part of the project as she plays Romi Dev, wife of the legendary cricketer, who was the captain of the team back then. Deepika will join the team in London in a few weeks as that's when they will be filming the final match where India defeated West Indies to win the trophy and brought an entire nation to standstill.

Touted to be the "biggest sports film" to come out of Bollywood, '83 is scheduled to hit the theatres on April 10, 2020 in Hindi, Tamil and Telugu. It marks the first-ever trilingual release for both, Ranveer and Kabir Khan.