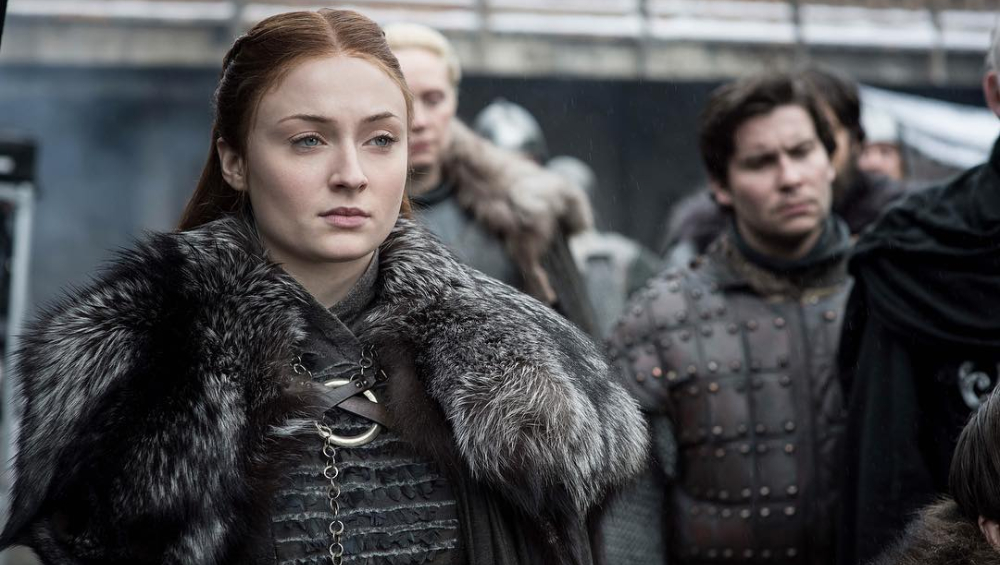 British actor, Sophie Turner recently married to the American Singer Joe Jonas about a year ago, has turned 24 today. She has delivered some of the most splendid performances in recent years appearing in the Marvel movie franchise X-men as Jean Grey. But it all started with her award winning performances as Sansa Stark in the HBO fantasy television series called Game of Thrones, that rose her to fame 4 years ago. Game of Thrones Star Sophie Turner Says Husband Joe Jonas Saved Her When She Was ‘Mentally Unwell’.

Sophie, playing the role of Sansa Stark with her blue eyes and thick auburn hair, has enthralled the viewers throughout the seasons and left them amazed by her transformation from a 'Little Dove' to the 'Queen in the North'. Let's celebrate her 24th birthday by revisiting 5 of her most terrific scenes that has left our viewers asking for more.

When Sansa Reunited With Jon Snow

When Sansa Was Tortured By Joffrey

When Sansa Asked Her Uncle To Sit

When Sansa Had This Meeting With Dany

These were our pick of 5 of the scenes from the series Game of Thrones that will make you think and rethink about Sophie's transformation from a 'Little Dove' to the 'Queen in the North'. This was our ode to dearest Sophie Turner-Jonas. Happy Birthday.

Which one is your favourite scene of the actress on the hit TV show? Share your thoughts in the comments section below.

Sophie Turner, describes herself to be a lover of 'a soul, not a gender' and with an appetite for everything is ready to consume all that comes on her plate, literally as well as in reel life. Also, she is soon going to play Mommy although in real life, for which we'd like to congratulate her.