Annaatthe written and directed by Siva featured a stellar star cast. It starred Rajinikanth as the hero, whereas Nayanthara, Meena, Keerthy Suresh and Khushbu are seen as the female leads. 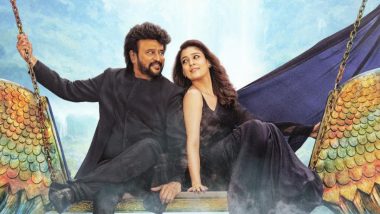 Annaatthe was one of the most-anticipated films of Rajinikanth. The film written and directed by Siva featured a stellar star cast. Nayanthara, Meena, Keerthy Suresh and Khushbu are seen as the female leads. Be its fans or critics, a film from Siva with the superstar in it was expected to be a mass entertainer. However, looks like this Diwali special release has turned out to be a major disappointment for critics. Annaatthe Movie Review: Superstar Rajinikanth’s Diwali Release Receives Mixed Response From Fans (View Tweets).

There are several who rushed to the theatres to watch first day first show of Annaatthe. From the script, direction, performances of the star cast, nothing could save this Tamil film. Take a look at some of the reviews shared by critics on Annaatthe.

TOI - The result is a movie whose emotional beats feel blatantly calculated and manipulative. Given that the sibling bond is its core, we expect scenes that show us why and how Kaalaiyan and Meenatchi are close.

Hindustan Times - Siva’s latest release Annaatthe feels like it has been made by taking a leaf out of the success of Viswasam, but unfortunately, the formula doesn’t work in the film’s favour. Despite all the hype and Rajinikanth’s on-screen charisma, Annaatthe ends up as a colossal mess, and that’s putting it mildly.

India Today - Now, we have seen countless films hinged on a brother-sister relationship. This makes Annaatthe's story redundant. However, turning this stale story into a watchable affair could be possible. But here, director Siruthai Siva takes a melodramatic route that reminds us of daily soap operas. Every dialogue is something we have heard umpteen times in films. So much so, that you can see yourself mouthing them even before the actors do.

Sify - Director Siva has tried to combine two of his successful films Vedalam and Viswasam in Annaatthe by borrowing the characterizations of the villains from his one more blockbuster Siruthai. The first half of Annaatthe moves at a leisure pace with filmy brother-sister sentiment and needless comedy scenes.

The Quint - Annaatthe has Rajinikanth in probably his worst film since Baba and in a performance that displays the weariness of a hitchhiker air dropped in the middle of a desert and left with an empty water bottle.

This is what critics had to say about Annatthe. Even Rajinikanth’s fans have given mixed response for the film.

(The above story first appeared on LatestLY on Nov 04, 2021 02:38 PM IST. For more news and updates on politics, world, sports, entertainment and lifestyle, log on to our website latestly.com).