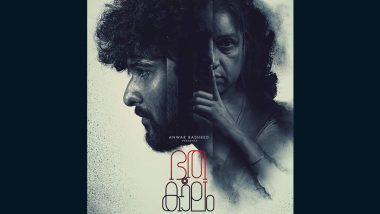 Bhoothakaalam stars Revathy And Shane Nigam as the mother and son duo. The Rahul Sadasivan directorial also features Saiju Kurup, James Eliya, Athira Patel in key roles. The Malayalam film streaming on SonyLIV revolves around the mother and son with a troubled past. The film’s trailer had given a glimpse of how Revathy’s character deals with her son, a troubled young man who is an alcoholic and witnesses unnatural elements in their home. As per critics, Bhoothakaalam is a well-blended film that focuses on horror and psychological concerns as well. The performances of the lead cast and the gripping narrative has left the critics impressed. Let’s take a look at some of the reviews shared by critics on Bhoothakaalam. Bhoothakaalam Movie Review: Revathy and Shane Nigam Star in This Well-Acted ‘Horror’ Film That Frightens You With Its Realism.

onmanorama – Revathy's acting prowess is on full display as a mother and as someone suffering from clinical depression. Shane too does his bit brilliantly in portraying a sleep-deprived, jobless youngster who is also battling substance abuse issues.

NDTV Movies – Bhoothakaalam is Rahul Sadasivan's sophomore directorial. The screenplay, written by the director with Sreekumar Shreyas, builds up tension one little, measured driblet at a time, providing a peep into the cumulus of factors that has pushed Asha and Vinu to the edge of insanity.

Watch The Trailer Of Bhoothakaalam Below:

Hindustan Times – Vinu and Asha are well-written and well-performed, and that’s what’s great in Bhoothakaalam. The writing, acting and direction leaves us in no doubt about Vinu and Asha’s loneliness and heartache. All communication has broken down between mother and son. Both Vinu and Asha feel they don’t understand each other. They are right.

Koimoi – Rahul Sadasivan’s direction is like you are watching a documentary about a few days in the life of these two individuals. He doesn’t take refuge under the general methods but tries to bring newness. DOP Shehnad Jalal captures this world to its smallest details.

The News Minute – Director Rahul leaves many doors open in his making of the film. He lets you interpret the goings-on in the way you like. At one point the film may appear like a psychological thriller, and you connect it to issues of the mind. In another, it can be entirely supernatural. And a third interpretation can be purely about relationships.

So that's what critics had to say about Revathy and Shane Nigam's Malayalam film Bhoothakaalam, which is currently streaming on SonyLIV.

(The above story first appeared on LatestLY on Jan 21, 2022 01:19 PM IST. For more news and updates on politics, world, sports, entertainment and lifestyle, log on to our website latestly.com).