Drishyam 2 is the sequel to the 2013 film Drishyam, both being directed by Jeethu Joseph. The film stars Mohanlal in the lead, along with Meena Sagar, Murali Gopy, Esther Anil, Asha Sarath and Siddique. Drishyam 2 is streaming on Amazon Prime Video. 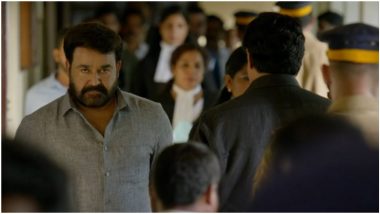 Mohanlal fans can now breathe sigh of relief. The sequel to one of his better films in recent times, Drishyam, is not a letdown, and that in itself, is Drishyam 2's biggest victory. The first Drishyam has a stupendous ending, that had made us wary if the sequel (like many others before it) would ruin it. The fact that Drishyam 2 opted for an OTT release instead of coming to theatres - the OG Drishyam was one of Malayalam cinema's biggest blockbusters - added to our suspicions. Thankfully, director Jeethu Joseph does no harm to the legacy of his biggest hit, as Drishyam 2 continues to be a surprised-filled twisty thriller, albeit not as good as the first one. Drishyam 2 Movie Review: Mohanlal’s Sequel to His Blockbuster Family Thriller Is Loaded With Pulpy Surprises.

Hereon, we are going to discuss some HEAVY SPOILERS about the film, so if you have not watched it, tread ahead with caution. The original Drishyam was about a cable television operator Georgekutty (Mohanlal), a simple family man, who had to hide a dead body of a boy his wife (Meena) and elder daughter (Ansiba Hassan) killed in self-defense. Since the dead boy is the son of IG Geetha Prabhakar (Asha Sarath), the police are more enthusiastic in solving the case, but in the end, they never find out where he had hidden the body, thus letting George and his family go scot-free. In the last scene, we realise that he had hidden the body in the flooring of the under-construction local police station - the last place where the cops would search for it.

Drishyam 2 takes place six years later. Georgekutty and his family are well-off now. He is a theatre-owner and is planning to produce a film for some time. While everything seems hunky-dory, their dark secret continues to guilt them, though Georgekutty has forbidden his wife and children to not discuss that dark night ever under the roof.

He was right, though, as the police have not forgotten the case yet. From planting spies as their new neighbours to bugging their house, the cops led by Geeta's (who is now retired and settled in US) friend, the new IG Thomas Bastin IPS (Murali Gopy, who is excellent in the film), are waiting for Georgekutty or any of his family members to let their shield down. 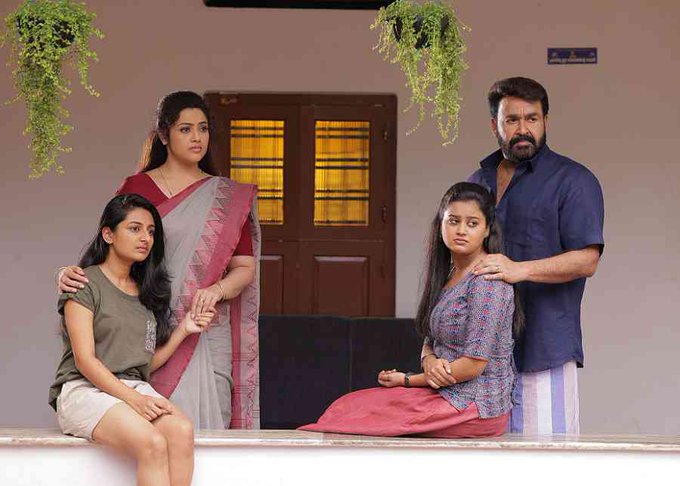 By a stroke of luck, the cops find out they have an eye-witness to Georgekutty hiding the body - a recently released criminal called Jose who had seen George at the police station with a shovel. Based on his revelation, the police dig up the flooring of the station and find the skeleton. After sending the bones for forensics and DNA test, they again bring Georgekutty and his family for questioning. When Geeta badgers his elder daughter to the point that the latter gets epileptic fits, Georgekutty talks to Thomas in private and claims that he had killed the dead boy and offers proof of his act. Drishyam 2: Missed Watching the Original? Let Mohanlal Recap the Thrilling Story of Georgekutty and His Family Before You Check Out the Sequel on February 19!

However, the cops once again undermine their opponent' foresight and intelligence and his rigid determination to save his family, come what may. They realise that the next day itself when Georgekutty appears in the court and denies all charges, and Thomas, Geetha and Geetha's pacifist husband Prabhakar (Siddique) find themselves having an unexpected guest. The guest turns out to be a once-popular screenwriter in Malayalam cinema, Vinayachandran (Saikumar). He reveals to them that he has been working with a script with Georgekutty from 2016, based on a story narrated by Georgekutty, that is similar to what has been happening in the case, and even reflecting Georgekutty's current predicament. While the listeners are stunned on hearing this, they get an even more shocking news - the dead skeleton the police find at the station didn't belong to Geetha's son.

So how did Georgekutty manage to pull off the impossible this time?

How Georgekutty Trumps Once Again

Georgekutty always knew that his secret won't stay hidden, and his family would once again be in danger. Even though he didn't know how it would happen, Georgekutty was sure his past would come back to bite him and he resolves himself to be prepared. We know that he is a huge movie buff, and it is this love of cinema that he uses to build a shield again. 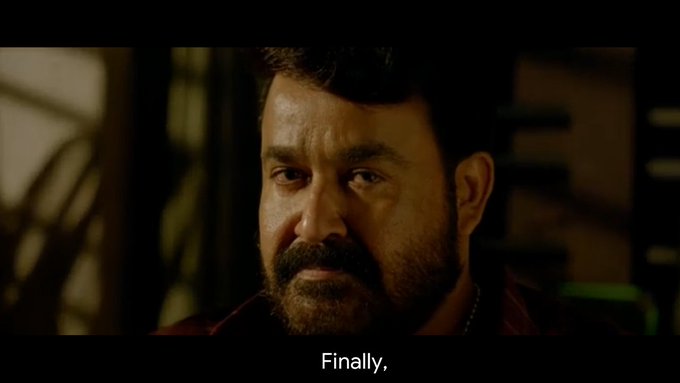 Earlier in the film, his wife Rani (Meena Sagar) complains that he is spending so much money on his film and that he is turning an alcoholic. Little did she know that this was all part of his plan to save them.

The lakhs have been spent on paying fees to Vinayachandran, for writing the screenplay. Through Vinayachandran, Georgekutty learns about the police procedures that happen if they discover an unidentified body. Using this information, he goes to Ernakulam to befriend the acting-ambitious security guard. It is to be more friendly with him, that Georgekutty takes up drinking when the guard is on night duty. Even his benefaction to an old impoverished acquaintance had purpose in it - that man had been a grave-digger at a cemetery, and after winning him over, Georgekutty convinces him to steal the skeleton of another man. Since the identity of that body is not known, cops would not be able to trace it back either to the gravedigger or Georgekutty.

Georgekutty had also never let go of the cable operating business, even if it isn't bringing him money. He even installs security cameras around the office. The reason is that he can spy on what's happening at the police station, which is nearby. So when he sees the digging at the police station, Georgekutty knows his secret will be out, so he takes his bag of spare 'bones' that he had kept in his office, goes to Kochi to meet his guard friend, and surreptitiously switches the mortal remains at the latter's office. 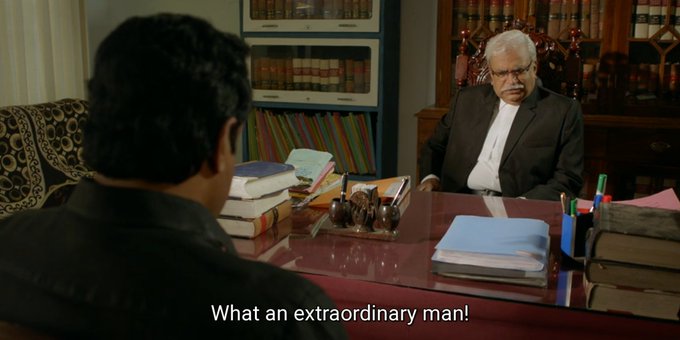 Whatever he carried out as part of his place, Georgekutty had made sure it was also part of the script that he was working with Vinayachandran. On the pretext that the script can be stolen, Georgekutty published it as a novel called Drishyam, but didn't market it much, so it remained under the radar. It also helped that he sold the novel in Vinayachandran's name. So it was easy to accuse the police of trying to make Georgekutty's case as being similar to that of a novel which was published six months ago.

With the only eye-witness being a former criminal and the dead body being of someone else, Georgekutty once again gets a reprieve for himself and his family from imprisonment.

Georgekutty might have fended off jail again, but he cannot ever escape from the guilt of his crime, of hurting the parents of the dead boy by keeping them in the dark. As some sort of repentance, he burns the skeleton of the boy as per Hindu rites and sends the ashes to the parents so that they can complete the final rites. Thomas tells Geetha to drop the investigation against Georgekutty, since it is now established that he will go to any length to save his family. 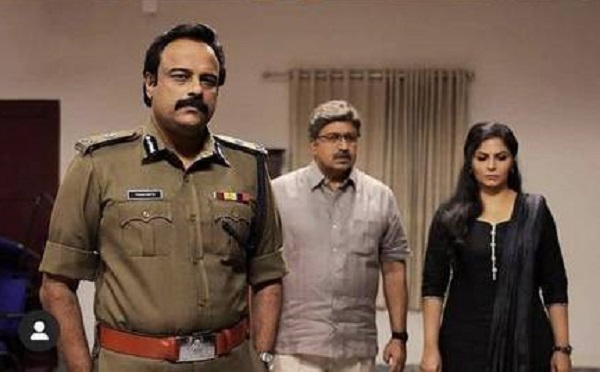 He also tells her that Georgekutty is already being punished - since he always have to be wary and restless throughout his life, in keeping tabs on the cops. With Georgekutty witnessing this meeting from far and then walking away, Thomas' words do ring true...

The Promise of Drishyam 3?

Here, we have to get into some speculations. Although Thomas makes a fair argument to Geetha to drop the matter, she isn't seen to concede to his request. Being a mother and being someone with a ego and intelligence to match her opponent, we are not sure if Geetha would even let sleeping dogs lie. As for the matter, even the police too. For Georgekutty had made fools of them twice now.

It also remains to be seen how foolproof Georgekutty's escape plan was this time. While he did get out on technicalities, as Vinayachandran puts it (while differing on the climax of their screenplay), there are several loopholes in Georgekutty's plan to save his family the second time around, that is easier to tackle, if the cops really want to.

So will there be Drishyam 3? Drishyam 2 ends on a poignant, existential note, makes for a defining conclusion. But unlike the first Drishyam, Jeethu Joseph is not afraid to keep the doors open for the viewer to visit Georgekutty's always-cautious world again. When, we don't know... the police jeep can always make a turn into Georgekutty and his family's house anytime in the future. Georgekutty will be waiting, and so will we be, hopefully on the big screen next time. Drishyam 2 is streaming on Amazon Prime Video.

(The above story first appeared on LatestLY on Feb 19, 2021 05:09 PM IST. For more news and updates on politics, world, sports, entertainment and lifestyle, log on to our website latestly.com).