For the ones who were assuming if Kamal Haasan would bid adieu to his filmy career after Shankar's Indian 2, here comes the big refusal from the horse's mouth. The Tamil superstar is gearing up for his 232nd film with Master director Lokesh Kanagaraj. 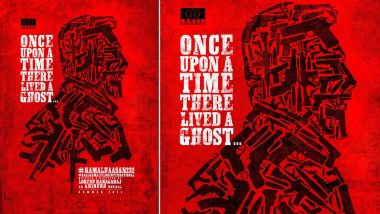 For the ones who were assuming if Kamal Haasan would bid adieu to his filmy career after Shankar's Indian 2, here comes the big refusal from the horse's mouth. The Tamil superstar has announced his new project with Lokesh Kanagaraj thereby putting an end to all his sabbatical stories. Kamal Haasan will continue to balance his professional life with his political career and that's just an amazing piece of information for all his die-hard fans. Indian 2: Kamal Haasan, Shankar Give 1 Crore Each to Families of Crew Members Who Tragically Died in the Crane Accident On Set.

Lokesh Kanagaraj has already proved his mettle with Kaithi and is looking forward to his next, Master with Thalapathy Vijay. Besides working with such incredible actors from the Tamil industry, Lokesh will now collaborate with Kamal Haasan for an action thriller and their collaboration is expected to set your screen on fire. This action thriller is slated for a summer 2021 release and we are hopeful that it will be able to keep its deadline. Kamal Haasan's Indian 2, Thalapathy Vijay's Master Among Other Tamil Movies That Resumed Post-Production Work From May 11.

Kamal Haasan is currently occupied with Shankar's Indian 2 and later with the shooting of Bigg Boss Tamil. It's only when he wraps his initial commitments that he'll start shooting for Lokesh's next. Anirudh has been roped in to compose the music and the hunt for the leading lady is still on.

(The above story first appeared on LatestLY on Sep 16, 2020 06:36 PM IST. For more news and updates on politics, world, sports, entertainment and lifestyle, log on to our website latestly.com).