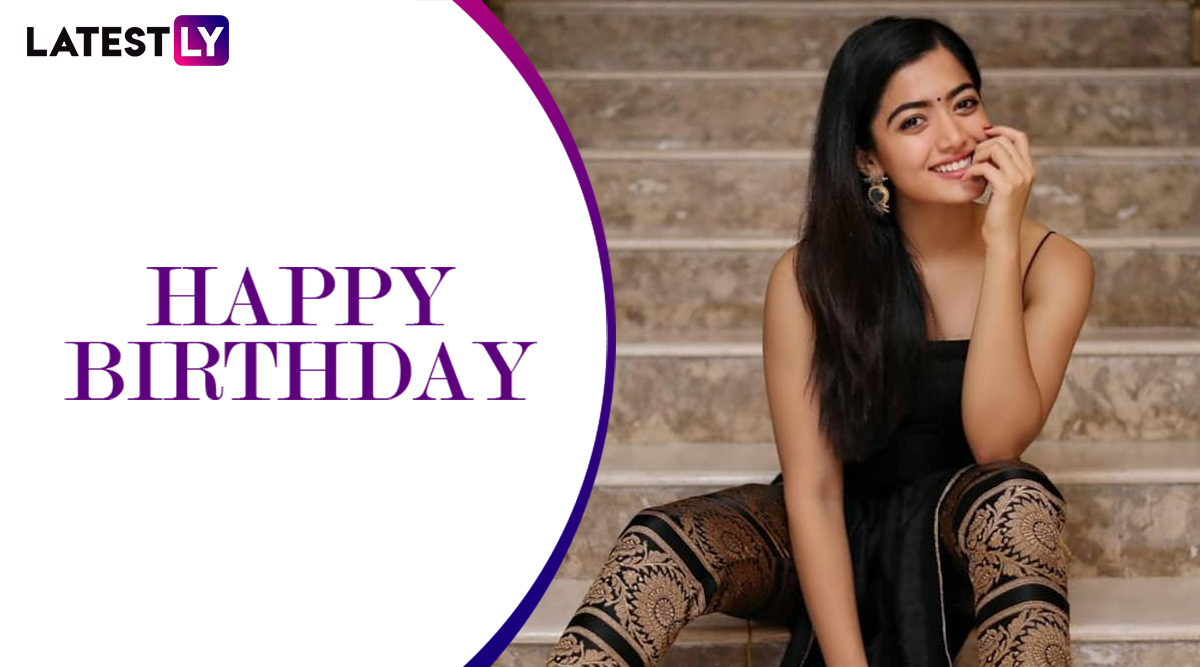 South actress Rashmika Mandanna is celebrating her birthday today! The gorgeous actress has turned 24 today on April 5, and fans have been pouring in wishes for her across social media platforms. From wishing her a successful year ahead to sharing stills from her films, Rashmika has been showered with heaps of love by her fans. It was in 2016 when Rashmika made her acting debut, and in such a short span of time, she has managed to win hearts of movie buffs down south. Rashmika Mandanna Birthday: From Sartorial Choices to Trendy Hairdos, This South Beauty’s Insta Pics Will Give You A Sneak Peek Of Her Chic Style Statements!

Rashmika Mandanna majorly works in the Kannada and Telugu film industry. She is one of the highest-paid actresses in both these film industries. This south beauty is dubbed as 'Karnataka Crush' by the media and Kannada film industry. Rashmika made her debut with the Kannada film Kirik Party and it shot her to fame instantly. Her performance in the film was lauded by fans and critics. Chalo, Geetha Govindam, Dear Comrade, Sarileru Neekevvaru are some of the other hit films in which she was featured as the lead actress. Right now, let’s take a look at the birthday wishes poured in by her fans on Twitter. Bheeshma Review: Nithiin and Rashmika Mandanna's Romantic-Comedy Gets a Thumbs-Up From Twitterati.

The Queen Of Expressions

She is gifted & most beautiful thing happened in our life 🥰🥰

She is so cute

Tons Of Love To One Of The Best Actresses

Happy birthday @iamRashmika this birthday brings you lot of loves💓 and your the the best actress in TF,I hope this will continue ..we love you forever #RashmikaMandanna 😍 pic.twitter.com/jqXKosK9ag

On the work front, Rashmika Mandanna was last seen in Bheeshma, in which she was paired opposite Nithiin. Her upcoming two projects are Pogaru, a film directed by Nanda Kishore, and another untitled film is with Allu Arjun. Rashmika is all set to venture into Kollywood opposite Karthi. This film will be helmed by Bakkiyaraj Kannan. Here’s wishing Rashmika Mandanna a great day and a fabulous year ahead!