Kaala Movie Review: Rajinikanth's Film is a Realistic Guide to Dirty Side of Mumbai's Dharavi Redevelopment 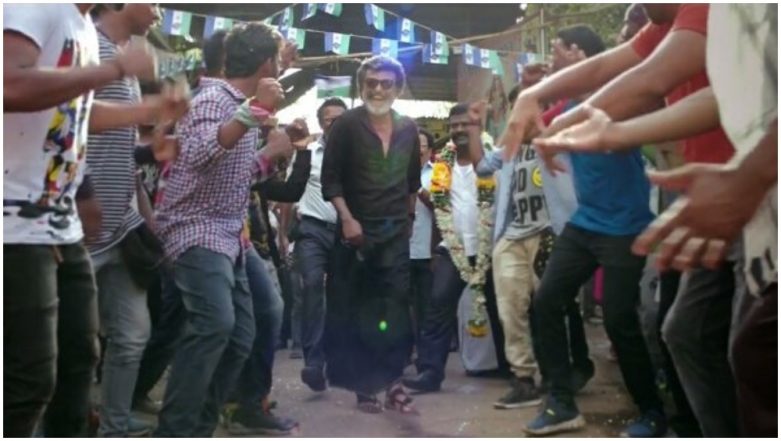 Rajinikanth in a still from the Kaala trailer (photo credits: YouTube)

Pa. Ranjith's "Kaala", showcased in Hindi, Tamil and Telugu, is a captivating socio-drama. It is a family-friendly tale with all the trappings of a South Indian fare. It is a superhero film of a different variety.

The film begins on a weak, unimpressive note that represents comic book graphics, but soon, it builds the momentum that is expected of a Rajinikanth film. It is a pot-boiler packed with Rajinikanth antics, albeit in diminishing proportion.

It is their struggle against the land grabbers who are trying to exploit them in the garb of government schemes and city redevelopment.  The film is uncomfortable but convincing, illuminating the inconvenient sides of the development.

Haridada (Nana Patekar), a goon who has been elevated to the post of a Union Minister, along with his cronies is hell-bent on usurping Dharavi. With the help of his supporter Vishubhai (Sampath Raj), he tries to evacuate the people from there. How, Karikaalan (Rajinikanth) aka Kaala, a migrant from Tirunelveli, becomes a spike in Haridada's plans, forms the crux of the tale.

The narrative keeps you hooked - wondering how far Kaala will go or how he will get out of his troubles.

The plot has its graph chalked to perfection, despite major edit jump-cuts. There is never a moment that drags. The dialogues are peppy with the right amount of humour, emotions and melodrama.

With age, Rajinikanth has mellowed, he plays his age and perfectly portrays the comical aspects of a petty gangster with all pride but no substance.  His action scenes definitely seem laboured. But fortunately for him, since the director focused his energies on the tale and not on him, he was spared the embarrassment of performance.

Nana Patekar as the uncompromising and ambitious Haridada stands tall as he matches Rajinikanth in stature and demeanour. But then, this is not his story about his bumpy quest for more power and money.

Huma Qureshi as Zarina, the head of an NGO interested in uplifting the slum, Easwari Rao as Kaala's wife Selvi, Anjali Patil as Charumati aka Toofani as an aggressive resident of the area and the girlfriend of Kaala's son Lenin, are earnest.

The trio balance the gender scale with each one of them having their moments of on-screen glory. Mounted with grand production values, the set showcasing Dharavi appears to be a synthetic and antiseptic place.

It is difficult to identify with it, minus the squalor.  The music that accompanies the action sequences are loud and adrenaline-inducing. The songs, especially the rap numbers along with the hip-hop dance, mesh well into the narrative. Overall, the film with the title which is used as a double entendre is entertaining as a realistic guide to the dirty side of slum redevelopment.