Naga Chaitanya to Romance Rashmika Mandanna in Parasuram’s Next? 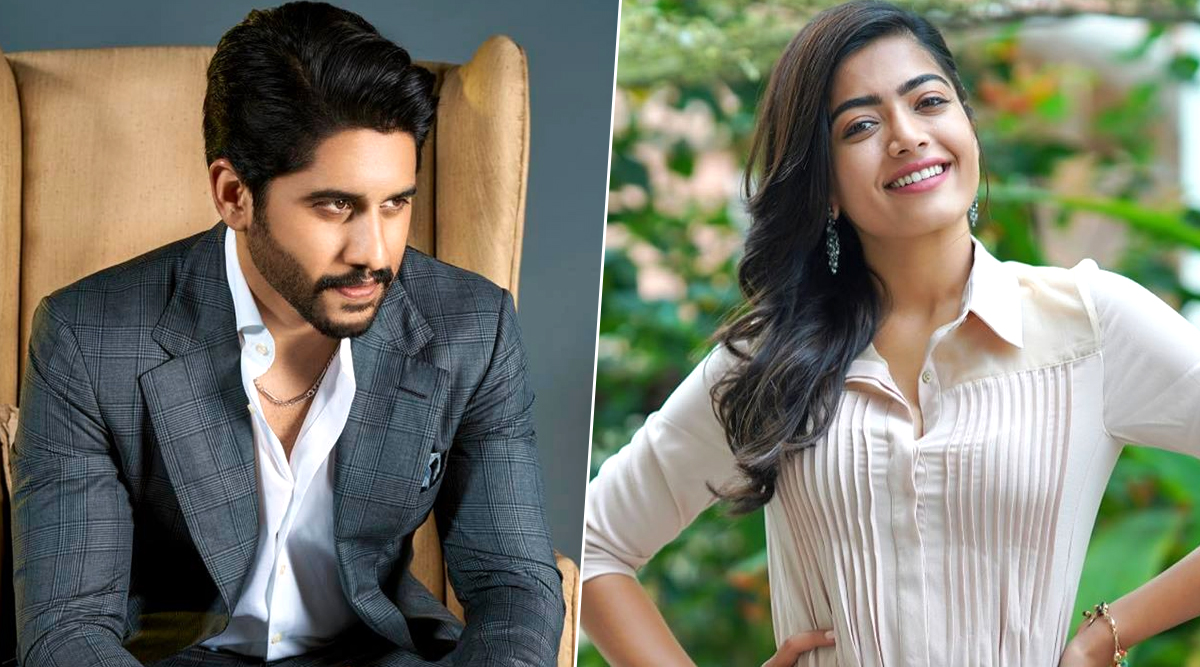 Naga Chaitanya has not worked before with director Parasuram, but Rashmika Mandanna has collaborated with this filmmaker in the past. Rashmika played the lead role in Parasuram’s Geetha Govindam that was a hit film. When Naga Chaitanya announced that he would be teaming with Parasuram, fans were pretty excited. Reports are rife that this untitled project is a remake of the Hindi flick, Chhichhore. However, there is no confirmation about it yet. Love Story: Naga Chaitanya and Sai Pallavi are all Mushy and Romantic in this First Look Poster (View Pic).

Rashmika Mandanna had expressed in the past that she would like to work with Naga Chaitanya. Well, looks like it is finally happening, all we need is an official announcement from the makers. This Parasuram directorial will be bankrolled by 14 Reel Plus. The shooting of this light-hearted entertainer is expected to begin from May. Singles Anthem: Nithiin and Rashmika Mandanna Starrer Bheeshma's Upbeat Track Is a Perfect Treat for All the Singles Out There (Watch Video).

Besides the update on the leading actress, it is said that the makers have also finalised the title of this film – Nageswara Rao. As per leading media reports, the makers have registered this title at the Film Chambers. There has been no official update about the title as well. Meanwhile, Naga Chaitanya is busy with Sekhar Kammula’s Love Story in which Sai Pallavi is paired opposite him. Rashmika Mandanna is gearing up for the release of Bheeshma that is slated to release on February 21. Stay tuned to LatestLY for more updates from the world of entertainment.