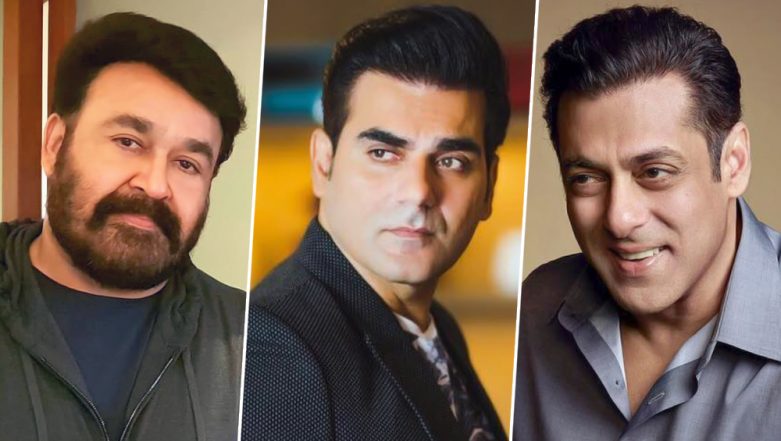 There are many Bollywood actors who have made their debut in the Malayalam film industry. The celeb who has signed his first Malayalam film with Mohanlal is Salman Khan’s brother Arbaaz Khan. Yes, Arbaaz is all set to make his Mollywood debut in Mohanlal’s upcoming film Big Brother. In an interview to a leading portal, actor-producer Siddique confirmed about it. All You Need to Know About Mohanlal Starrer Ittymaani Made in China

Talking about Arbaaz Khan’s Mollywood debut Siddique told TOI, “I have known Arbaaz since I had worked with his brother in Bollywood. We have kept in touch since and when I discussed the idea of the character with him, he was happy to come onboard as it will give him a chance to work in the South film industry and share screen space with Mohanlal.” Mohanlal is All Set to Mark his Directorial Debut with 'Barroz' - Read Details.

It was just recently that Mohanlal had shared pictures on Twitter from the film’s puja ceremony. Talking about the film’s plot Siddque was further quoted saying, “Mohanlal plays Sachidanandan, who is the elder brother of Anoop Menon’s character. While the duo plays siblings, he also shares a big brother relationship to much of the other characters.” Well, it would be interesting to watch Arbaaz Khan and Mohanlal sharing screen space together. The other projects for which Mohanlal is busy working on includes Ittymaani Made in China, Marakkar: Arabikadalinte Simham, Randamoozham and Kaappaan. Stay tuned for further updates.