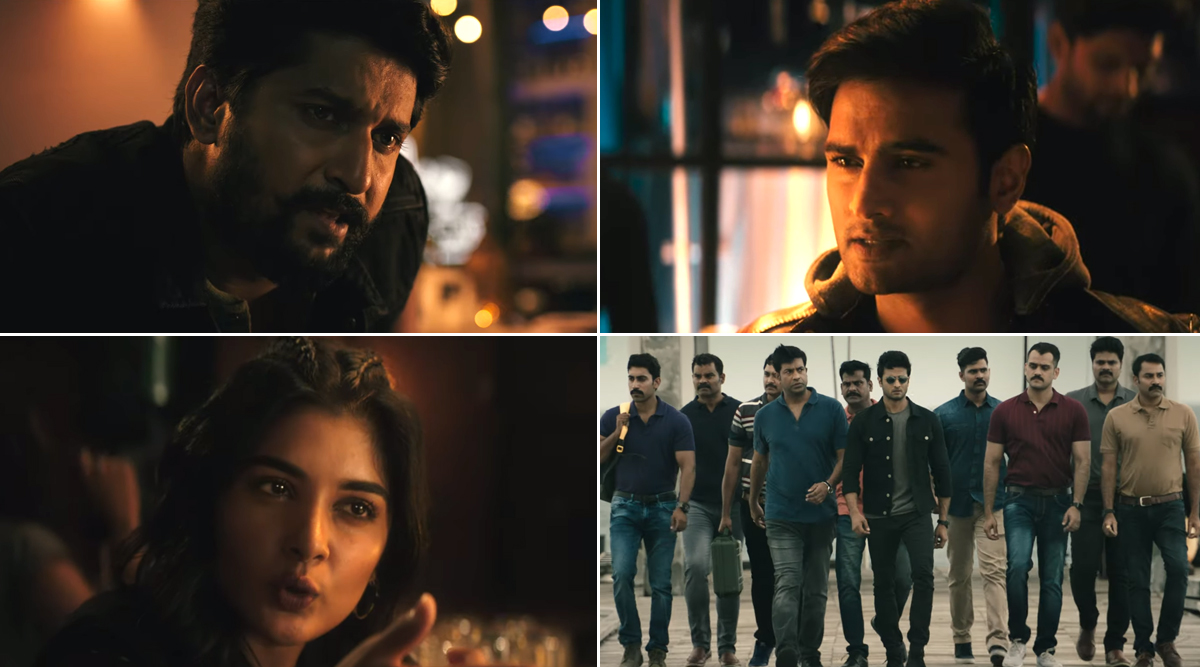 Sudheer Babu and Nani starrer V or V The Movie's first teaser is finally out. The film is said to be an action thriller with lots of action scenes packed into it. After an intense poster reveal, the makers unveiled the teaser of the flick which looks intriguing. In this, we see Nani as antagonist for the first time who is pitted against the cop played by Sudheer Babu. V: Sudheer Babu and Nani Look Intense and Intriguing In This Poster.

In the first teaser, Sudheer is seen as a fierce cop who refuses to follow rules blindly. He insists on breaking them at times if the situation permits it. He is on the chase of a serial killer who leaves no proof of his killings and challenges the cop to capture him. The video has certain amount of violence and a lot of heavy action scenes, with thumping background music.

We also see, one of the leading actresses, Nivetha Thomas in a single scene. She was last lauded for her performance in Rajinikanth starrer Darbar. The film also stars Aditi Rao Hydari as the second female lead. However, there is no mention of her atleast in this trailer.

The action entertainer is Nani's 25th film, which makes it super special for his fans. The fans are loving his rugged avatar in this negative role. V is directed by Mohana Krishna Indraganti and  is all set to be released on March 25, 2020.