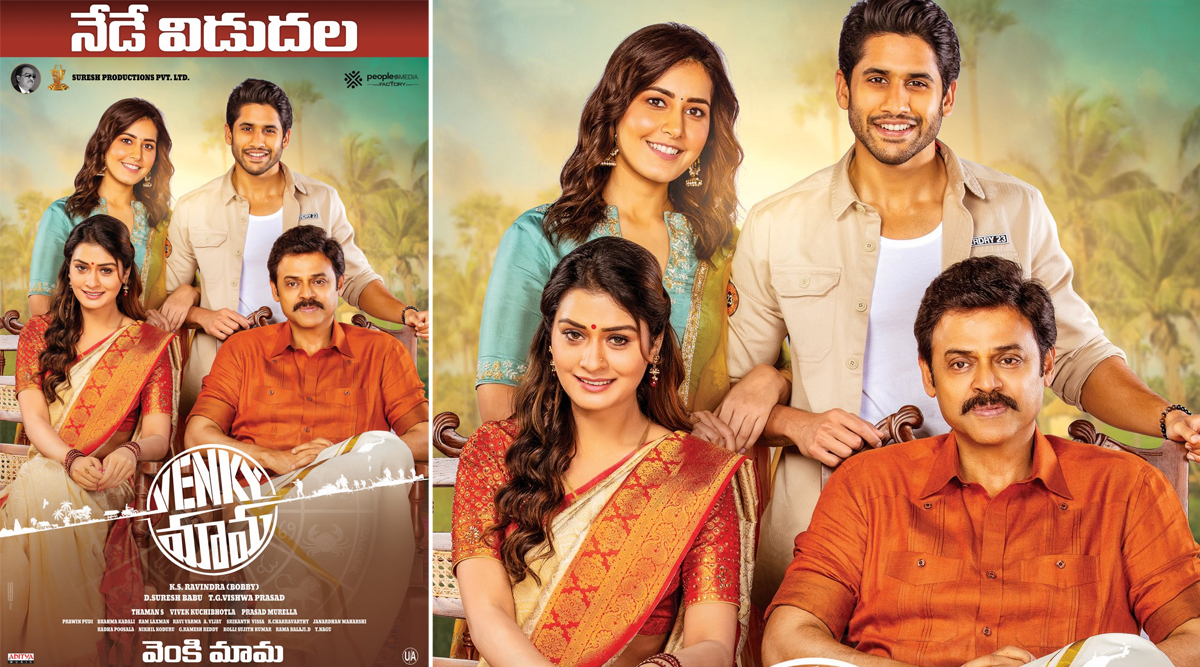 Venky Mama has finally hit the screens and the fans managed to watch the first day, first show. Starring Akkineni Naga Chaitanya and Venkatesh in the lead. The film is an action-comedy is the first for the real-life uncle-nephew pair to share the screen space. The film also has actresses Raashi Khanna, Payal Rajput in the lead. So as the film hit the screens, the fans had a word or two to say about the same. Mohanlal, Chiranjeevi, Nagarjuna, Venkatesh and Jackie Shroff Come Together to Give us the Picture of the Year While Celebrating Class of 80's.

As expected, his die-hard fans are loving the duo in the film. If not the performances, the entertainment part of the flick is sure to make the fans keep hooked to their chairs in the cinema halls. On his birthday, the fans are pouring wishes and good word about the movie for Venkatesh. Here are some of the tweets by the fans that will give you a fair idea of how the film fill fare at the ticket windows.

Do Not Miss Says Fan

#Venkymama is better than #F2 all commercial movie lovers don't miss this..

1st half is excellent..

Vintage venky in some scenes

Another Fan Claims It To be Paisa Vasool

One Man Show It Is

Avg first half at max #Venky one man show #VenkyMama

Earlier, Naga had experimented with a rather intense role in the film, Majili. He shared the screen space with wife-actress wife Samantha Ruth Prabhu for the first time, after their wedding. It was hailed by the actors to the core, making them wait for his next filmy outings. Now, as the handsome Telugu actor has given this massy almost-hit, it will be interesting to see what's in his store for next. Speaking of 'Venky', the star has always managed to impress his admirers and this time was no different.