Viswasam Becomes No 1 Twitter Trend In The first Half Of 2019! Fans ReJoice Thala Ajith's This Feat 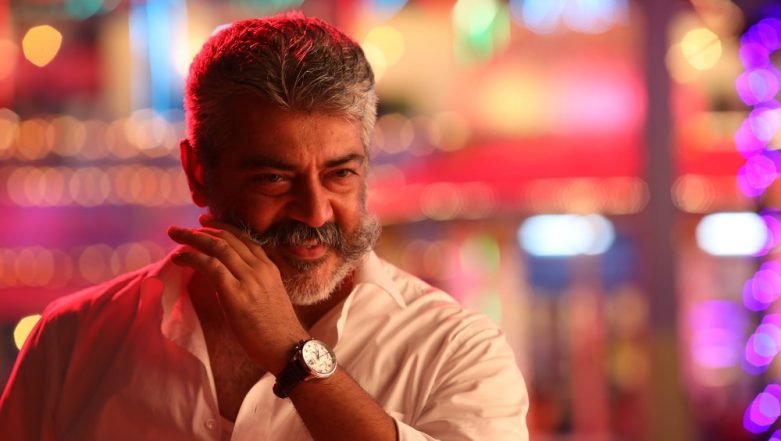 The successful feat of Thala Ajith's Viswasam continues eight months post the film's release. The film, which estimated a box office collection of close to Rs 130 crores, is also a big hit on Twitter. As per an analysis shared by Twitter, Viswasam became the most trending hashtag in the first half of 2019 followed by Lok Sabha Elections 2019, Cricket World Cup 2019, Mahesh Babu's Maharshi and New Profile Pic. Considering the kind of episodes and incidents that took place in the first half of 2019 with Lok Sabha and Cricket World Cup being of primary importance, Thala Ajith's star power has certainly shone brighter! Ajith’s Viswasam, Mohanlal’s Lucifer: Biggest South Indian Box Office Winners in the 2019 First Quarter

Viswasam did a phenomenal business despite its clash with superstar Rajinikanth's Petta starred an ensemble cast. Not only did it cross the Rs 100 crore mark at the box office but also has become the most talked about topic on Twitter. This comes without any paid promotions. Clearly, the fan force is strong with Thala Ajith. The fourth position was taken up by Mahesh Babu's Maharshi, which also released earlier this year. From the looks of it, fans have been responsible for bringing so much love for the films. Here's what Twitter revealed, is the list of the most trending subjects in the first half of 2019. Ajith Kumar’s Viswasam Beats Rajinikanth and Akshay Kumar’s 2.0 to Be the Second Highest Grosser in Tamil Nadu!

Reportedly, this is not the end of success for Thala Ajith, this year, who has also managed to surpass Rajinikanth and Vijay to cross the Rs 200 mark at the box office in a single year. As the actor recently released the remake of Pink in Tamil, Nerkonda Paarvai, the film also raked in a good Rs 70 crores within 10 days. With this, Ajith's box office business has surpassed Rs 200 crores. These are the domestic figures.