After Shekhar Kapur’s Bandit Queen, Phoolan Devi’s Autobiography to Be Adapted Into a Web-Series

The autobiography "I, Phoolan Devi", based on the life of Phoolan Devi, popularly known as the Bandit Queen, will be made into a web series 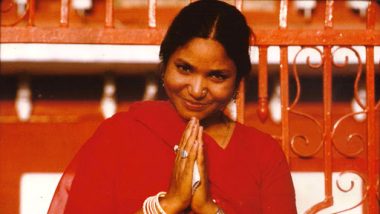 Mumbai: The autobiography "I, Phoolan Devi", based on the life of Phoolan Devi, popularly known as the Bandit Queen, will be made into a web series. "Phoolan Devi is undoubtedly one of the most talked about personalities... There are important chapters and layers of her life that remain unexplored and the web series format will allow us the bandwidth to do that," Kishor Arora, co-founder of Namah Pictures, which has acquired the rights of the book, said in a statement. Salman Khan to Play CPI Lok Sabha Candidate Kanhaiya Kumar in a Web-Series? Here’s the Truth!

Umed Singh Bhaiya, the husband of the late Phoolan Devi, said that "the truth of Phoolan's life should reach out to people... It's a tale of a rebel that should inspire women across the world to speak against any atrocity".  Shareen Mantri Kedia, co-founder of Namah Pictures, added: "In the current digital age, we feel that Phoolan Devi's stark and immersing tale will find a resonance in audiences across geographies and demographics." Sandeep Unnithan's acclaimed book on Mumbai 26/11 to be adapted into a web-series

Namah Pictures had produced filmmaker Majid Majidi's feature Beyond The Clouds as well as the web show Karenjit Kaur - The Untold Story of Sunny Leone.

(The above story first appeared on LatestLY on Jun 03, 2019 04:46 PM IST. For more news and updates on politics, world, sports, entertainment and lifestyle, log on to our website latestly.com).