Bigg Boss 13: Asim Riaz Is Surely in Pyaar, Says ‘I Love You’ to Himanshi Khurana on National TV (Watch Video) 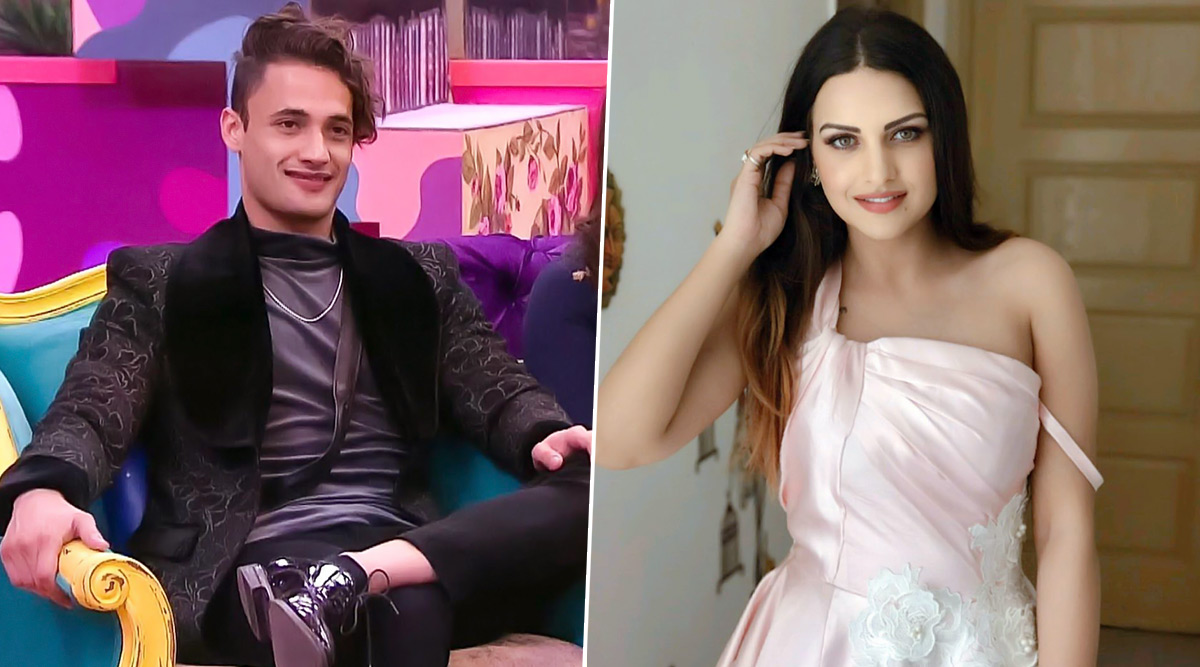 The current season of Bigg Boss 13 is doing extremely well. Right from fights to some spiced up romance, the reality show which is nearing its finale is a hit. Having said that, if there is one contestant in the house we feel sad about then it's none other than Asim Riaz. Reason: the lad has been missing Himanshi Khurana from quite sometime now. FYI, Khurana got evicted from the show long back, but it was she who sparked emotions in Riaz's heart and so the guy fell in for the singer. Bigg Boss 13 Day 117 Preview: Asim Riaz Blasts Sidharth Shukla, Tells Him to Lick His Shoes (Watch Video).

Surprisingly, even after being in a committed relationship, Khurana also was seen falling for Asim. Though she never went on record and confessed her pyaar for him, her gestures hinted everything. Now that she is out of the house, reports are that she has broken with her boyfriend Chow, just for Asim. Even we saw host Salman Khan bringing this topic on Weekend Ka Vaar and claiming that it's because of Riaz that Himanshi parted ways with Chow. Now, in a clip doing rounds online, we see Vishal Aditya Singh and Asim in a conversation with regards to the same wherein the latter confesses that he LOVES Himanshi. Yep, that's right! Bigg Boss 13: Asim Riaz To Star Opposite Sunny Leone in a Bollywood Flick? Deets Inside.

Now, we wonder what Himanshi Khurana thinks of Asim Riaz's 'I Love You' gesture. Earlier, there were reports of the singer entering the house for Riaz, but later it was made clear that she is not entering the show. Meanwhile, this week one more inmate will bid adieu to show and it'll be interesting to see who it will be. Stay tuned!