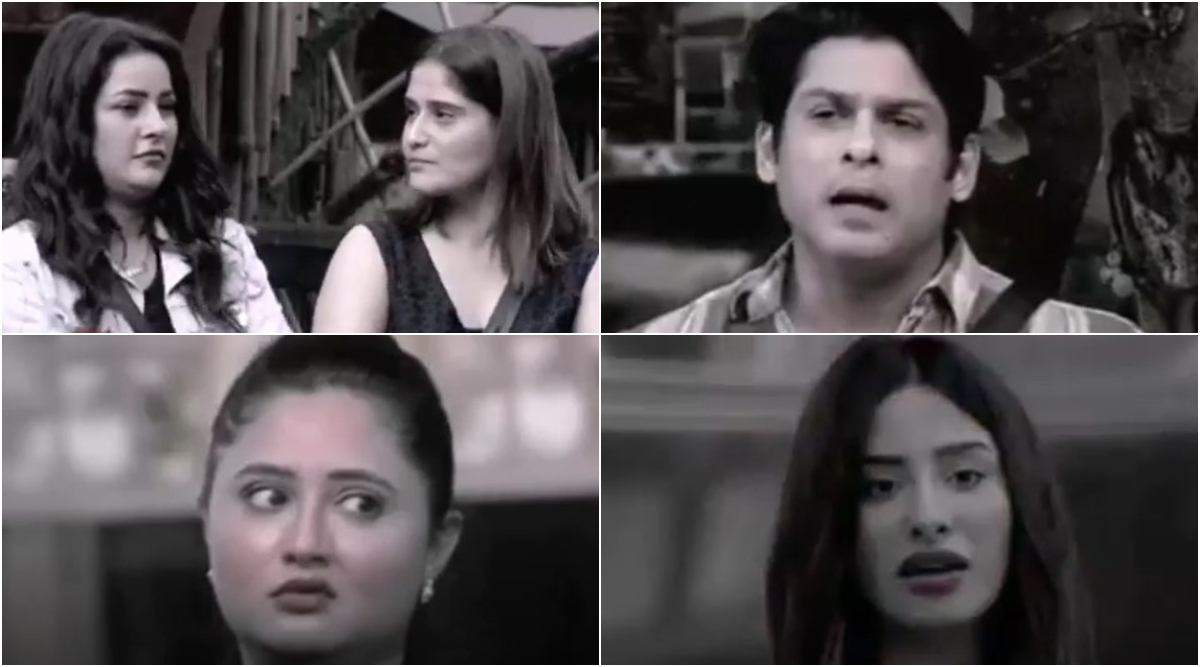 Tuesday's (January 21) episode of Bigg Boss 13 as expected was quite a dramatic one. Right from Sidharth Shukla demanding to quit the show, Rashami Desai applying heena on her face as part of a task to the twisted nominations, it was a day with loads of ups and downs. All that being said, the upcoming Wednesday's episode is going to change many equations. As if we go by the preview, Shehnaaz Gill and Arti Singh will lock horns and the reason will be Sidharth Shukla. Bigg Boss 13: VJ Andy Lashes Out At The Makers For Chopping Out Sidharth Shukla's Violent Push To Asim Riaz; Says 'It’s That BAD' (Read Tweet).

First things first, as seen in the preview, tomorrow's episode (January 22) will see Shehnaaz Gill getting upset with Sidharth for saving Arti in the nominations. Ahead, we see Arti following Gill and telling her to stop thinking that she is coming in between her and Shukla's friendship. This scene will lead to a brawl between Arti and Sana wherein the latter will abuse at Arti. That's not it, as when Paras asks Shehnaaz what about #SidNaaz, she replies it's over. Further, another part of the precap shows Rashami Desai and Mahira Sharma again in a fight. Amidst the same, Desai will call Sharma immature. Looks like bitterness between these two is growing and how. Bigg Boss 13: Sidharth Shukla Tells Shehnaaz Gill That ‘He Is a Virgin’ and the Latter Claims It’s a Lie (Watch Video).

Check Out The Preview Clip Below:

Looks like the nominations task is surely going to create quite a lot of mayhem inside the house. Also, we wonder who will Shehnaaz Gill save in the nomination, after Sid ditching her and saving Arti Singh. Stay tuned to LatestLY for all the updates from Bigg Boss 13!