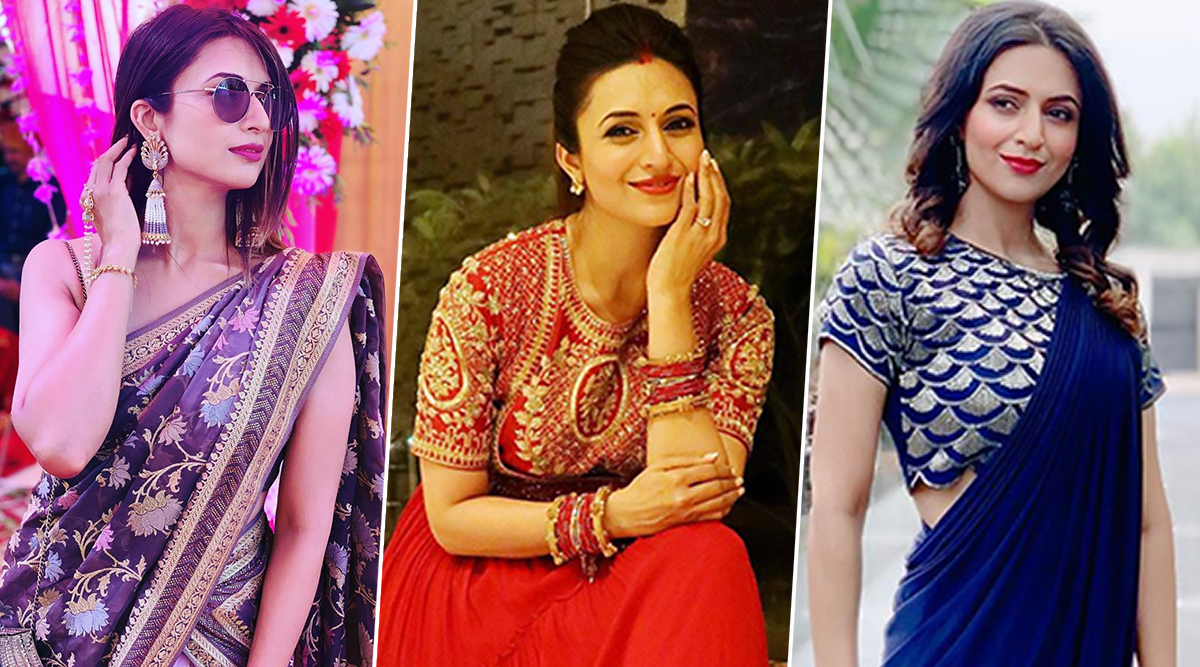 There are very few actresses from the telly world who make a lasting impact on the minds of the audience, and one such diva is none other than Divyanka Tripathi Dahiya. The girl celebrates her 35th birthday today and so on this special occasion let us tell a look at her successful television journey so far. Known moreover as Dr. Ishita Bhalla from the iconic daily soap, Yeh Hai Mohabbatein, little did the actress knew that she will be showered with so much of love. The world noticed Divyanka on the mainstream television with her dual portrayal in Banoo Main Teri Dulhann. Later obviously, Ekta Kapoor chose her for YHM and from there she grabbed the maximum eyeballs. Her part as an infertile dentist who gets hitched to an egoist CEO with an aim to provide maternal affection to his daughter was adored by the janta. Karan Patel Shuts Down Rumours Of Tiff With Divyanka Tripathi, Says 'We Are Great Friends'.

One of the best parts about Tripathi is that she gets into the skin of the character so well that one can actually feel her pain as well as happiness. Not just nailing it in the acting department, Divyanka also garnered limelight for showing it to the world that curvy girls do exist and its time Indian television learned this fact for its own good. Further, with her oh la la fashion sense and that million-dollar smile, she slowly and steadily became everyone’s favourite bahu. Her hit daily soap, YHM which aired its first episode in 2013 is said to go off air by mid-December 2019. ALTBalaji's Coldd Lassi Aur Chicken Masala: Divyanka Tripathi and Rajeev Khandelwal's Love Story is Going to be Sugar, Spice and Everything Nice!

Here's A Throwback Picture Of Divyanka From Yeh Hai Mohabbatein:

A post shared by Divyanka Tripathi Dahiya (@divyankatripathidahiya) on Dec 11, 2019 at 7:28am PST

For the unversed, Divyanka is not at all single and is happily married to Vivek Dahiya. The two were also seen participating and winning the dance reality show, Nach Baliye's season 8. In this year itself, the actress broke her bahu wali image and hosted The Voice (singing reality show) and also entered the digital space with a web series titled as Coldd Lassi Aur Chicken Masala opposite Rajeev Khandelwal. Now, we wait to hear what’s next for this huge Indian TV star. Stay tuned!