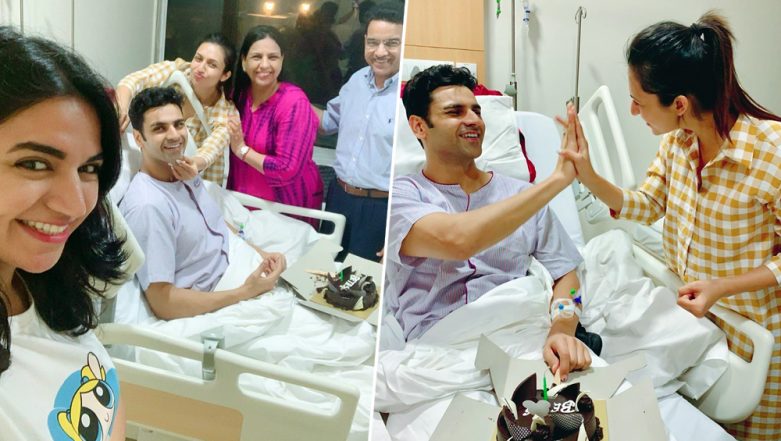 Back in 2016, Divyanka Tripathi and Vivek Dahiya's grand wedding in Bhopal was one of the most talked about events of the year. And it can also be remembered that Divyanka's Mehendi ceremony made quite the noise. The lady had gotten her and hubby Vivek's portrait made in her mehendi, which started off the popular 'portrait Mehendi' trend. And not just her mehendi, pictures of all of Divyanka's functions were much talked about. Divyanka Tripathi and Vivek Dahiya on a Romantic Getaway to Celebrate Their Third Wedding Anniversary (View Pics)

Even though actors Divyanka Tripathi and Vivek Dahiya kicked off their third wedding anniversary celebrations with a vacation to Macau, and also posted some envious pictures from there, tragedy struck the couple on returning from their holiday. Vivek Dahiya fell ill and was hospitalized, owing to an intestinal infection and liver abyss. And looks like Vivek and Divyanka, who ring in their third wedding anniversary on July 8, 2019, will be doing so in the confines of Vivek's hospital room. Nach Baliye 9: Vivek Dahiya and Divyanka Tripathi Drop Out of The Premiere Episode After Former's Hospitalisation!

And proof of the same is Divyanka Tripathi's latest Instagram post, where she mentioned how her family sneaked in a cake to celebrate her and Vivek's third marriage anniversary.

Unique Anniversary bring in is this...when the family sneaked in a cake to surprise us...when Viv and I exchanged a high-five instead of a piece of cake! #HappyAnniversary love!

A post shared by Divyanka Tripathi Dahiya (@divyankatripathidahiya) on Jul 7, 2019 at 6:49pm PDT

Vivek and Divyanka, who were the winners of Nach Baliye season 8, were roped in by the makers of season 9 to not only anchor a segment but also perform at the grand premiere. However, while they shot for their performance before flying to Macau, the anchoring portions were still remaining. However, much to the pairs' fans' dismay, Vivek and Divyanka have backed out of Nach Baliye 9.