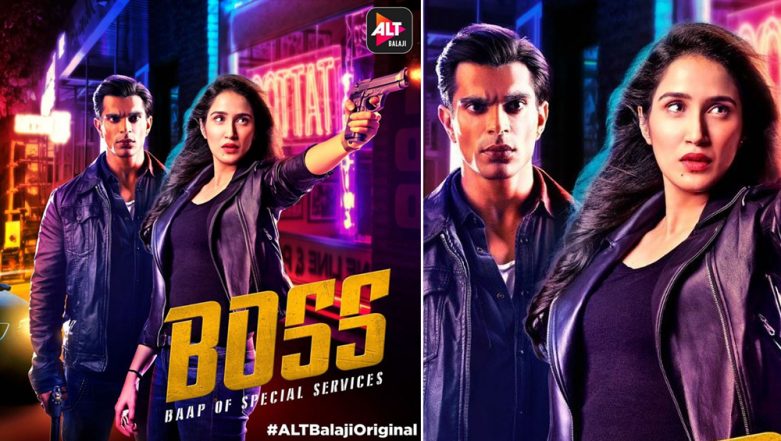 There seems to be no dearth of new concepts when it comes to ALTBalaji. The digital platform has in the past churned content that caters to all genres, age groups and audience. With a variety of shows in the offing for the platform, their much-awaited show is the fast-paced crime thriller titled BOSS – Baap Of Special Services. The show also marks hunk Karan Singh Grover and Chak De beauty Sagarika Ghatge’s digital debut. BREAKING: Alt Balaji's Karan Singh Grover-Sagarika Ghatge Starrer BOSS- Baap Of Special Services To Go On-Air From THIS Date!

Back in the month of March, Ekta had finally dropped a motion teaser of the show and ever since fans have been waiting for any update on the show. A few days back, we were the first ones to break the news that BOSS will launch on July 25, 2019. A few days back, ALTBalaji had also released a poster of the show starring Sagarika, Karan and Gaurav Gera. And now, there’s another brand new poster for the show. BOSS – Baap of Special Services New Poster Out Now; Sagarika Ghatge and Karan Singh Grover Look All Set To Take On The Crime World!

Take A Look At The Poster Below:

We have to say this, both Karan and Sagarika look their badass best and we’re sure you guys agree too. For those who are unaware, Karan’s character Keshav Pandit will be seen as a charming conman and Sagarika will be playing a by-the-book ACP named Sakshi Rawat. Gaurav Gera will be seen as Jignesh in the web-series. The story is all about how the lives of a cop and a con intertwine, where while Keshav thinks like a criminal to solve cases and Sakshi is all about following rules. Makes for an interesting watch, doesn't it?