There seems to be no separate show with best ex-contestants. Instead, a report in a leading portal states that Khatron Ke Khiladi 10 has gotten an 8-episode extension 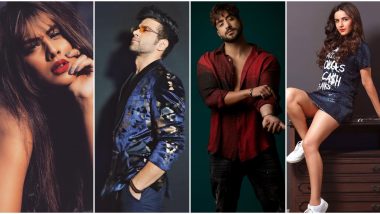 Back in February, there was news of how Colors was planning an 'All-Stars' season of Khatron Ke Khiladi, where best performers from the previous seasons will be seen competing against one another. The show was touted to have names like Karan Wahi, Rashami Desai, Sidharth Shukla, Nia Sharma among others as the probable contestants. There was also talk of how the season had been scrapped because of the shut down of shoots during the COVID-19 pandemic shutdown. But looks like the show is back on track alright. A few weeks back there were reports of Nia Sharma being approached for the show. Khatron Ke Khiladi Reloaded Is Happening: Nia Sharma Roped In To Join Rashami Desai and Sidharth Shukla In The Adventure Reality Show?.

However, there seems to be no separate show with best ex-contestants. Instead, a report in Bombay Times states that Khatron Ke Khiladi 10 has gotten an 8-episode extension an KKK's bets players like Rithvik Dhanjani, Nia Sharma, Karan Wahi, Jasmin Bhasin, Rashami Desai, Aly Goni, Haarsh Limbachiyaa and Amruta Khanvilkar have been approached to take part.

A source close to the show was quoted in the daily as saying, "Yes, we have roped in the best contestants of previous editions. The shoot for the special edition will commence from July 21. We had also approached Karan Patel, who will be seen in the finale of the ongoing season, but he has taken up a fiction show and hence, won’t be available. We are also in talks with Nia Sharma and Amruta Khanvilkar. There is still no clarity on when the edition will hit the tube. It could start immediately or after a short gap. It will be a crisp edition and packed with entertainment."

(The above story first appeared on LatestLY on Jul 03, 2020 08:10 PM IST. For more news and updates on politics, world, sports, entertainment and lifestyle, log on to our website latestly.com).