Neeti Mohan and Nihaar Pandya Lock Their Wedding Date and It Is February 15! 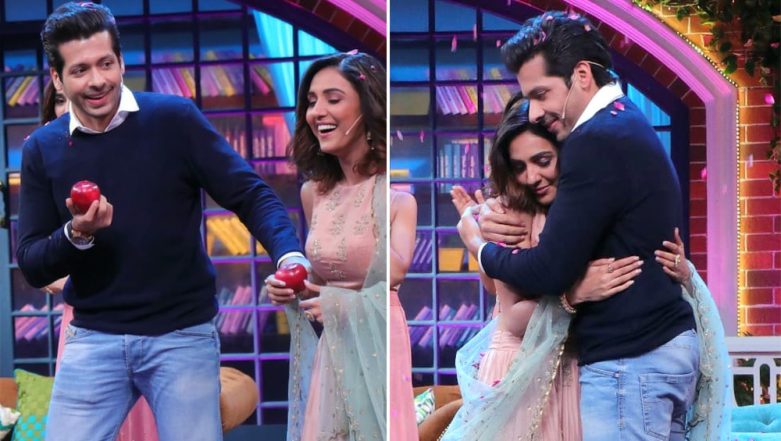 It was on The Kapil Sharma Show that singer Neeti Mohan and actor Nihaar Pandya opened up about their relationship and also revealed that they were all set to tie the knot on Valentines Day in a ‘families only’ ceremony. Recalling his proposal, Nihaar had revealed, "We were taking a stroll around my farmhouse and upon reaching a pre-decided spot under a tree, I went down on one knee and asked her, ‘Tu shaadi karegi mujhse?” Manikarnika Actor Nihar Pandya Opens Up About His Relationship With Deepika Padukone, Says ‘Doesn’t Want to Be Referred as Her Ex’.

And now, the pair has locked down the date. And the big day is on February 15. Here are the other details. The wedding will take place in Hyderabad, a day after Valentine’s Day.  Deepika Padukone's Ex-Boyfriend Nihaar Pandya to Get Married to Neeti Mohan on Valentine's Day

A source close to the singer revealed to Mirror, “The nuptials will be preceded by the Mehendi function on the afternoon on Valentine’s Day, February 14, followed by the Sangeet and ring ceremonies the same night. The wedding will take place at Taj Falaknuma Palace, in Hyderabad. Singer Harshdeep Kaur, who performed live at Deepika Padukone and Ranveer Singh’s wedding function at Lake Como last year, will reportedly perform at one of Neeti and Nihaar’s functions too.” The couple also plans to host a wedding reception for their industry friends in Mumbai.