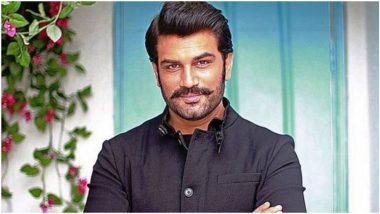 Actor Sharad Kelkar has taken up the role of a narrator for the upcoming animated series, The Legend Of Hanuman. "Most of us have grown up either listening to tales of Lord Hanuman or watching it on television. Interestingly, we know little about his formative years. The Legend Of Hanuman is a visually rich tale of the god who forgot who he was, and believed he was just a ‘vaanara'," Sharad said. Sharad Kelkar in Laxmii, Nora Fatehi in Street Dancer, Harshvardhan Kapoor in AK vs AK and More – 20 ‘Scene-Stealers’ of Hindi Cinema in 2020!

"As a sootradhar, it's my privilege to lend my voice in a way that ties that story together; it's been a truly unique experience. I think this story will inspire people to believe that true measure of a being is not defined by power, but from faith, courage and compassion," he added.

The series will bring forward the life and journey of Lord Hanuman, and chronicle the war between the forces of good and evil.

"For the first time, the grandeur of the epic world of Hanuman and the mythical beings of Gods, demons, forest creatures, spirits and anthropomorphic clans, will be visualised through high quality animation, creating an animated event that we hope will transcend ages and speak to all generations who have held this hero in our hearts," said Sharad Devarajan, co-founder at Graphic India, producers of the show.

(The above story first appeared on LatestLY on Jan 18, 2021 10:29 PM IST. For more news and updates on politics, world, sports, entertainment and lifestyle, log on to our website latestly.com).