Smriti Irani Shares a Throwback Pic With Karan Johar, Sakshi Tanwar From KWK But Her Witty Comment on KJo's 'Missing Pout' is a Winner! 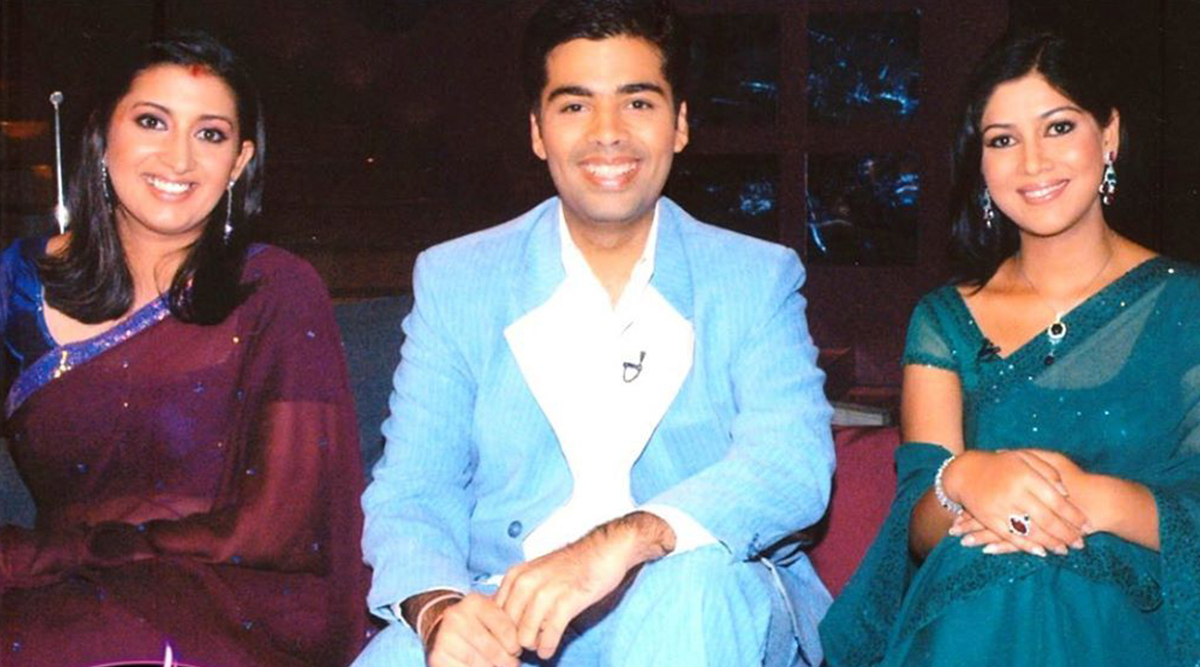 Actor turned politician Smriti Irani recently took to Instagram to share a throwback picture from her appearance on Karan Johar's talk show Koffee With Karan in season one. The BJP leader who was once a popular face of Television thanks to Kyunki Saas Bhi Kabhi Bahu Thi appeared on the show along with Sakshi Tanwar. Irani shared a picture BTS picture from the show where host Karan Johar is all smiles and this mode of the filmmaker is something we haven't seen in a really long time. Smriti Irani Shares Recipe for Egg Fried Rice on Instagram.

While Karan is now popular for his 'pout', this picture shows Karan smiling widely and Smriti Irani exactly points that out too. Sharing the amazing throwback picture, she wrote, "POUT MIA alert Throwback to a time @karanjohar smiled in photos taken ... P.S—- notice how slim yours truly was totally blame the damn hampers for the weight gain." We love how Irani also mentioned Koffee With Karan's famed hampers in her witty caption.

POUT MIA alert 🤓Throwback to a time @karanjohar smiled in photos taken ... P.S—- notice how slim yours truly was 🤦‍♀️totally blame the damn hampers for the weight gain 🤪#tbt ❤️

Responding to this amazing post and also commenting on his own look, Karan Johar commented on the picture saying, "Oh god!!!! That may have been the last time I smiled in a photograph!! and what was I wearing????" 'Don't You Think Women Are Capable?': Smriti Irani Slams Delhi CM Arvind Kejriwal Over Tweet.

We think this was one of the best 'Throwback Thursday' posts in a long time. Who can forget the iconic Tulsi (Smriti Irani) and Parvati (Sakshi Tanwar) duo's appearance on the super entertaining episode of Koffee With Karan.