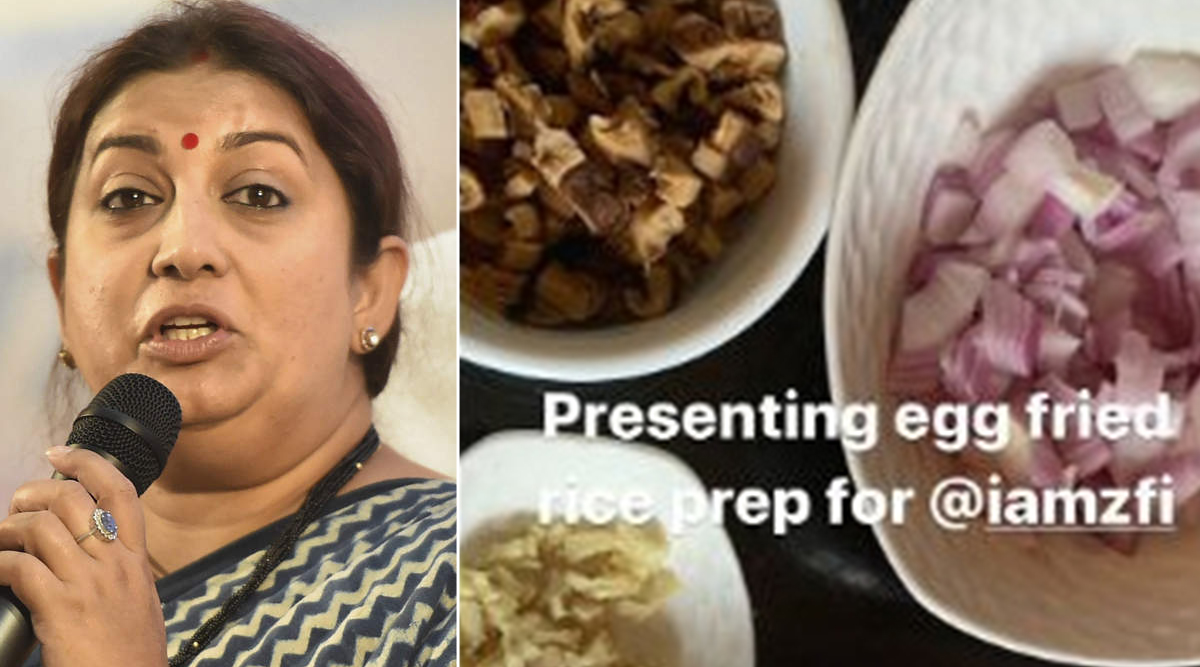 New Delhi, February 12: Union minister Smriti Irani is considered as an Instagram queen and she often shares hilarious memes and throwback pictures on her feed. This time she has impressed netizens by sharing glimpses from her kitchen and revealed her hidden talent.

Irani took to her Instagram stories to share another recipe which she was making for her husband Zubin Irani. She posted, "If you thought only 'bachchas' make 'farmaish' think again". Irani made egg fried rice for her husband. She started the preparation of a dish by finely chopping carrots, onions, ginger and spring onions too. 'Don't You Think Women Are Capable?': Smriti Irani Slams Delhi CM Arvind Kejriwal Over Tweet.

After that she moved to the next step by boiling the rice and frying all the chopped veggies and eggs together. And as a disclaimer she wrote, "Fry ginger, onion, carrots, spring onions till soft...don't overdo."

After that she added rice, oyster sauce, light soy sauce, salt to taste and black pepper to the whole mixture. At the end, the final dish looked delicious and she wrote, "And you are done."

A couple of days ago, Irani had shared healthy recipe of a delicious dish that she was cooking for her daughter Zoish Irani's "farmaish" (demand) and shared her recipe for making vegetarian hakka noodles and chicken manchurian.