The release of Stranger Things season 4, Volume 2, caused the Netflix server to crash but the problem was fortunately resolved within half an hour. 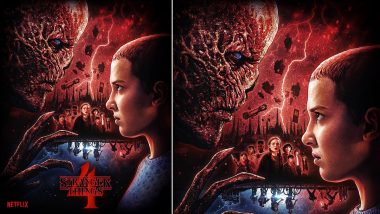 Variety notes that complaints about errors with Netflix peaked at nearly 13,000 at the top of the hour, before the situation seemed to be resolved within half an hour.

Stranger Things 4 already has set the record as the No. 1 English-language series on the service in its first four weeks of release, as reported by Netflix based on total hours watched.

Stranger Things has been created, written and executive produced by Matt and Ross Duffer, aka the Duffer Brothers. Stranger Things Season 4: Vecna Shows Off Hilariously Sassy Dance Moves to Lizzo’s About Damn Time for The Tonight Show.

(The above story first appeared on LatestLY on Jul 02, 2022 03:02 PM IST. For more news and updates on politics, world, sports, entertainment and lifestyle, log on to our website latestly.com).