Tina Dattaa: ’Mohit and I Have Ironed Out the Differences and Shall Maintain a Professional Environment for the Betterment of the Show'

The actress has issued an official statement on her recent controversy with her co-star Mohit Malhotra on the sets of their And TV show Daayan. 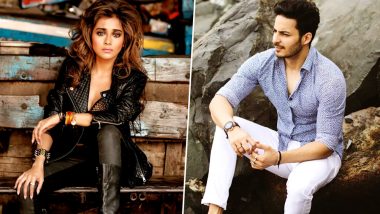 It was only a few days back when news of actress Tina Dattaa, who is playing the lead role in Ekta Kapoor’s And TV show Daayan, accusing co-star Mohit Malhotra of touching her inappropriately, came out in the media. As per reports, Tina was found crying on the sets of the show and when asked, she blamed Mohit for touching her. The actress also opened up to Pinkvilla, confirming the news and had revealed that she was uncomfortable working with Mohit. Daayan Actress Tinaa Dattaa Alleges Co-star Mohit Malhotra of Touching Her Inappropriately

Mohit on his behalf denied the allegations made against him and instead mentioned that he shares a cordial relationship with Tinaa Dattaa.  However, all that seems to be sorted out now as Tina recently released a statement to the media which read:

I and Mohit have ironed out the differences. We have concluded to make a new start. I don’t have any issues working with him. Our on-screen chemistry works for the show and shall maintain a professional environment for the betterment of the show. I am happy that our audience has liked the show and I am sure this new start will be appreciated by all and will put a rest to any further speculation.

Some sections of the media had reported that Tina had been dealing with Mohit’s behaviour for quite some time now. However, Mohit who maintained that Tina and he were good friends and that if she had issues, she should have spoken to him. There was also news that their show Daayan would also be shutting shop. However, there is not confirmation on the same. But looks like all’s well that end’s well, atleast with regards to the recent controversy. .

(The above story first appeared on LatestLY on Mar 06, 2019 07:46 PM IST. For more news and updates on politics, world, sports, entertainment and lifestyle, log on to our website latestly.com).