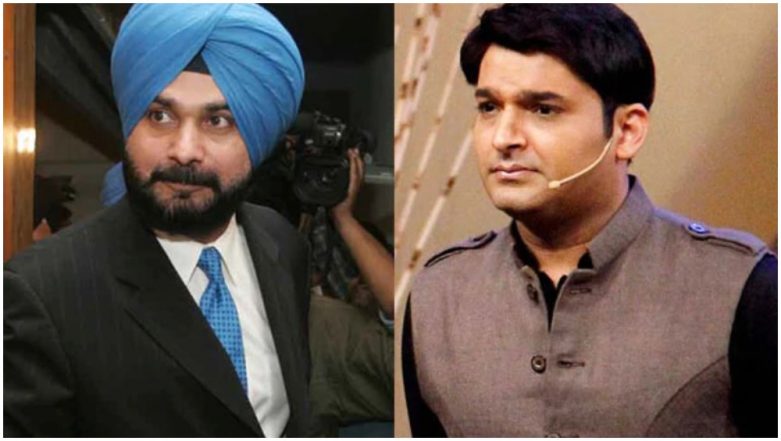 Will Sidhu be back on the Kapil Sharma Show? (Photo Credit: Instagram)

Punjab Minister Navjot Singh Sidhu resigned from Punjab cabinet owing to a feud with Chief Minister Captain Amarinder Singh. In a letter, dated back to June 6, Sidhu wrote, "I hearby resign as minister from the Punjab cabinet." Amarinder Singh and Sidhu took potshots at each other at many occasions and now the latter has resigned. Tweeting a copy of letter cricketer-turned-politician said, "My letter to the Congress President Shri. Rahul Gandhi Ji, submitted on 10 June 2019."Navjot Singh Sidhu Resigns From Punjab Cabinet, Tweets Resignation Letter.

Prior to his political stint, Sidhu was a part of the Kapil Sharma Show for a long time. Sidhu was asked to exit the comedy show by the show's producer, Salman Khan after he was involved in a controversy, for making certain remarks in the wake of the Pulwama attacks earlier this year. Several social media campaigns were started to #BoycottSidhu. Archana Puran Singh was roped in as his replacement.

After Sidhu announced his resignation on Twitter today, users were quick enough to ask if he will now be returning to the popular comedy show with Kapil Sharma. Currently, Kapil Sharma is trending on Twitter thanks to this. Here's looking at some of the tweets about Sidhu's return to the show. Navjot Singh Sidhu Reacts to his Ouster from The Kapil Sharma Show, Says He's Not Aware About his Termination.

When you have a better career with Kapil Sharma than with the Congress. #NavjotSinghSidhu https://t.co/h0UDBuTwc1

While there are some users who are hoping that Sidhu comes back to the show, it will be a while till the cricketer-turned-politician takes a decision with the makers of the show.