Despite several meetings between AIRF and the Modi government, no decision has been taken so far. 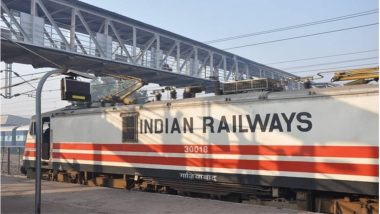 New Delhi, May 8:The employees of Union Railways have called for a 72- hour continuous hunger strike across the country from Tuesday morning against Seventh Pay Commission implementation delay. Reportedly, All India Railwaymen's Federation (AIRF) released an official statement on Monday that despite several meetings of the AIRF with the Modi government, no decision has been taken so far. They are also disturbed over reported move of the government to privatise the national transporter.

"All the branches of AIRF affiliates are, therefore, going to stage the aforesaid 'Relay Hunger Strike' from the morning of May 8, all over the Indian Railways", wherein large-number of railwaymen would sit on the relay hunger strike to press on their above-mentioned major demands, the statement further added.

According to a report on DNA, the statement further highlighted that despite requests to the government of India to consider the demands of the Central Government Employees -- improvement in minimum wage and fitment factor after implementation of 7th CPC recommendations, provision of guaranteed pension and family pension to all the NPS (National Pension Scheme) covered employees, irrespective of their date of appointment...contractorisation leading towards wholesale privatisation, no fruitful outcome has emerged as yet despite lapse of around two years' precious time."

(The above story first appeared on LatestLY on May 08, 2018 12:12 PM IST. For more news and updates on politics, world, sports, entertainment and lifestyle, log on to our website latestly.com).