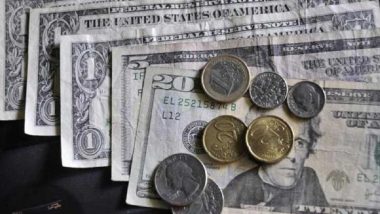 New Delhi, Jul 31: A man has been arrested by the customs officials for allegedly trying to smuggle out foreign currency (forex) worth over Rs 1 crore at the Indira Gandhi International (IGI) Airport here. The accused was intercepted at the departure hall of the airport yesterday. He was to board a flight to Hong Kong, a statement issued by the customs said today.

He was carrying USD 1,50,700, equivalent to Rs 1.02 crore, which was kept in a black-coloured bagpack, it said, adding that the passenger was arrested and the currency seized. In another case, a man was arrested for allegedly trying to smuggle into the country gold bars valuing about Rs 86 lakh.

The accused was intercepted by the customs after his arrival from Bangkok on Thursday. He was carrying three gold bars, collectively weighing 3 kg, the statement said. The passenger has been arrested and the gold bars were seized, it said.